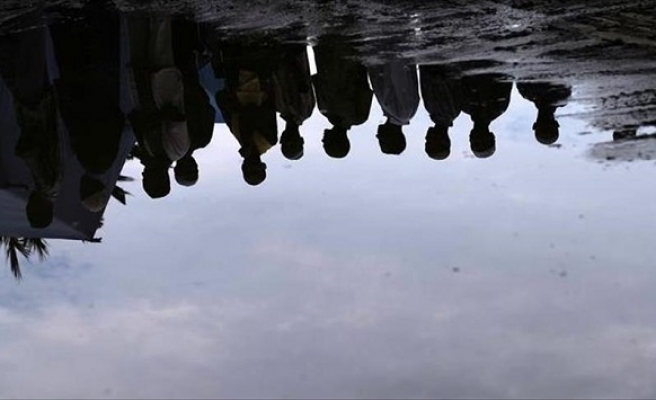 Smuggling networks are increasingly using Thailand as a transit point for asylum seekers fleeing the Syrian conflict and hoping to reach Europe, some of whom instead land in Thai jails, local media reported Sunday.

She said this is the case “because their entry into the country involves several steps, such as obtaining falsified passports and overcoming immigration procedures.”

Although accurate figures for the total amount of Syrians coming to Thailand, both legally and illegally, are not available, immigration records show an increase of legal entries from roughly 5,000 people annually before the Syrian conflict began in 2011 to at least 7,000 since then.

The increase of Syrians entering the kingdom illegally is believed to be proportionally at least equivalent.

The Post followed the case of a person it chose to identify as Mustafa, a Palestinian who fled the Syrian conflict in 2013 and went to the United Arab Emirates.

Aiming to reach Sweden in order to apply for political asylum there, he came in contact with a human smuggler, another Palestinian from Syria who had obtained political asylum in the United Kingdom, who sold him a fake passport for $4,700 and organized his trip to Thailand.

“[The smuggler] lied and told him Thailand had signed an agreement with the European Union to help refugees from Syria, particularly Palestinians,” Teppunkoon-ngam said.

“He told him refugees from Syria would not be arrested in Thailand.”

But Mustafa was indeed arrested at the Bangkok airport for using a fake passport while trying to board a flight for Sweden.

He was sentenced to two years in jail where he met several other Syrians who had been arrested in the same circumstances.

He was released two months ago and is now cooperating with Thai authorities to identify people in the smuggling network.

Vivian Tan, a Bangkok-based regional officer for the United Nations High Commission for the Refugees, confirmed to the Post that some Syrian asylum seekers run into trouble with Thai laws.

“Like refugees and asylum seekers of other nationalities in Bangkok, most from Syria arrive on their own with valid visas. However, some may have later problems renewing or extending their visas,” she said.

“In the absence of a legal framework for refugees in Thailand, they fall under the immigration act, which considers them illegal aliens if they don’t have valid visas,” she added.

Thailand has not signed the 1951 United Nations convention on refugees.

The problem, from Teppunkoon-ngam’s perspective, comes from the fact that law enforcement officers tend to punish the victims of smuggling networks, but not the smugglers themselves, as Thailand has not signed the International Migrant Smuggling Protocol, a protocol under the UN Office against Drugs and Crime.

“It means we encourage the business of smugglers, providing the opportunity for them to work freely in society and putting the victims instead of the criminals in jail,” she said.