Thailand warns U.S. to mind its own business over politics 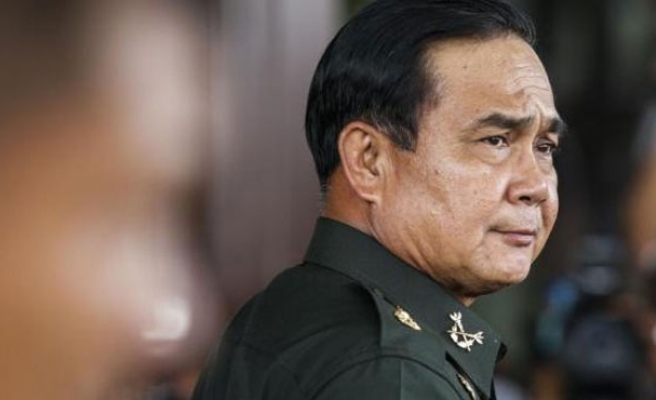 Thailand warned the United States against meddling in its political affairs on Wednesday, saying many Thais had been hurt by the remarks of a visiting U.S. envoy who took a swipe at the ruling military junta's undemocratic practices.

Thailand, a long-time U.S. ally, remains under martial law following a coup last May, and the junta says a general election is at least a year away.

Relations between the two sides have deteriorated sharply since the coup, with Washington freezing aid and cancelling some security engagements.

In an address to students at a Bangkok university on Monday, Assistant U.S. Secretary of State for East Asia and the Pacific Daniel Russel called for more inclusive politics and the end of martial law.

The comments from Russel, the highest-level U.S. official to visit Thailand since the coup, came a few days after ousted Prime Minister Yingluck Shinawatra was banned from politics for five years and indicted on criminal charges over a state rice buying scheme.

"If we comply with (Washington's wish) and lift martial law and it leads to problems, how will those people who are asking for the lifting of martial law take responsibility?" he said. "In reality, Thais don't even know there is martial law."

Russel had said while Washington did not take sides in Thai politics, it was for the Thai people to determine the legitimacy of the political and legal processes. He expressed concerns that the political process did not seem to represent all elements in Thai society.

Russel met with representatives of the military government, but did not meet Prime Minister Prayuth Chan-ocha, who took power after leading the coup.

Prayuth said he hoped that the latest flare-up would not affect bilateral trade, adding that economic ties were continuing as normal.

In the diplomatic tit-for-tat, the Thai deputy foreign minister said Washington did not understand the complexities of the local political scene.

"The U.S. does not understand Thai politics," Don said. "Yingluck's impeachment was not a political matter."

Washington downgraded diplomatic ties after the coup, blocking $4.7 million of security-related aid as well as suspending high-level engagements and some military exercises and police training programmes.

Thailand's military government has promised reforms and an eventual return to democratic rule, but critics say the army has stifled free speech.

Yingluck, the country's first female premier, was removed from office for abuse of power last May, days before the coup which ended months of political unrest. Nearly 30 people died in street protests.

The ban and the legal case against here are the latest twist in 10 years of turbulent politics that have pitted Yingluck and her brother Thaksin, himself a former prime minister, against the royalist-military establishment that sees the Shinawatras as a threat and reviles their populist policies.

Yingluck will face criminal charges in the Supreme Court next month, and if found guilty faces up to 10 years in jail.