The military council has been anxious to show it is moving swiftly to revive an economy that contracted 2.1 percent in the first quarter of 2014 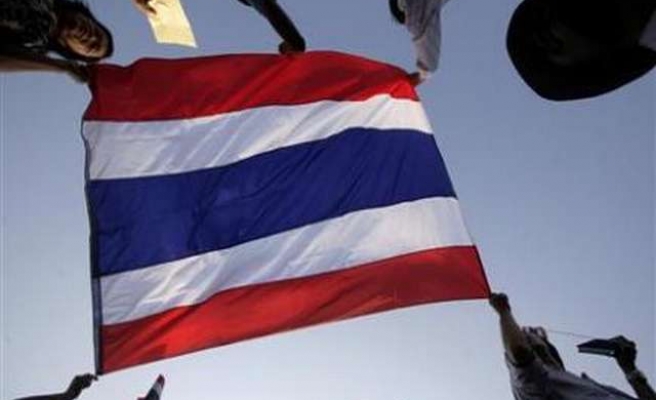 An index of consumer confidence in Thailand jumped in May on hopes a military government that seized power promising to impose order after months of political chaos will drag the economy back from the brink of recession.

The army toppled the remnants of Prime Minister Yingluck Shinawatra's government on May 22 after sometimes deadly protests since November that had forced ministries to close, hurt business confidence and caused the economy to shrink.

The coup was the latest convulsion in a decade-long conflict between the Bangkok-based royalist establishment, dominated by the military, old-money families and the bureaucracy, and the supporters of Yingluck and her brother, Thaksin Shinawatra, who are adored by the poor in the north and northeast.

Since then the ruling junta has moved to suppress criticism and nip protests in the bud. Yingluck and prominent supporters of the Shinawatras have been briefly detained and warned against any anti-military activities.

But the crackdown does appear to have brought some stability for now, after months of paralysis under a caretaker government that lacked the power to make policy or approve new spending.

The University of the Thai Chamber of Commerce (UTCC) said on Tuesday its May consumer confidence index hit its highest level since January, just before protesters disrupted a Feb. 2 election called by Yingluck in a failed bid to end the crisis.

The index rose to 70.7 in May from 67.8 in April, when it had fallen for the 13th month in a row and was at its lowest level in more than 12 years. Polling for the index was carried out last week, after the coup.

"The main factor boosting sentiment was confidence in the future due to political clarity. People were more confident the economy would get better," Thanavath Phonvichai, an economics professor at the university, told a news briefing.

University President Saowanee Thairungroj said an index on the political situation jumped to 59.6 in May from 37.3 in April. "It rose 22 points in a month, compared with just a few point changes previously, and that came in just one week."

Not everyone in Bangkok shared the optimism.

"I'm not so confident with this government. It's not simple to seize control with guns and then manage the country's economy. You're bringing an inexperienced group to govern," said Sunantha Pornsuksawang, 64, looking for lunch in a supermarket.

But Tanapan Sasikanyarak, 58, who was selling goods in the supermarket, reckoned the coup was a good thing.

"I think this political situation was scaring all the foreigners away from Bangkok, so I actually welcome the military intervention. Hopefully, this will now improve business here," she told Reuters.

Yingluck herself was ordered to step down two weeks before the coup when a court found her guilty of abuse of power.

Her brother Thaksin, a former telecommunications tycoon who was considered the power behind her government, had been ousted as prime minister in the last military coup in 2006. He has lived in self-imposed exile since fleeing a 2008 conviction for abuse of power.

The junta wants to move swiftly to revive an economy that shrank 2.1 percent in the first quarter of 2014.

It has extended cuts to value-added and corporate taxes and moved quickly to pay billions of dollars owed to rice farmers after a state rice-buying scheme collapsed under Yingluck.

It has also extended price caps on fuel to help consumers. Inflation hit a 14-month high of 2.62 percent in May.

"That 200 to 300 billion baht could help push up economic growth by 1 to 1.5 percentage points this year and it's very likely the economy will grow 2.5-3 percent," he said.

The military wants to speed up foreign investment approvals plus some of the big infrastructure projects Yingluck was unable to advance, in part because a court rejected funding methods.

Air Chief Marshal Prajin Juntong, in charge of economic matters for the junta, said on Monday a backlog of investment applications worth about 700 billion baht ($21.3 billion) would be acted on within two months.

The Board of Investment says this includes applications from 10 global car makers for investments totalling about 139 billion baht related to plans to promote the production of more environmentally friendly vehicles.

The main Thai stock index was 0.75 percent higher. On Monday, it jumped 1.8 percent to its highest level since Oct. 31, just before the protests against Yingluck flared up.

Prajin is looking at longer-term projects such as the development of economic zones on the borders with Myanmar, Laos and Malaysia, but 30 urgent proposals on the economy will go before military leader General Prayuth Chan-ocha this week.

Prajin has told the Finance Ministry to look at a complete overhaul of the tax structure and report to him next week.

On Friday, Prayuth said the military would need time to reconcile Thailand's antagonistic political forces and push through reforms, indicating there would be no general election for about 15 months.

The United States, European Union countries and others have called for the military to restore democracy quickly, release political detainees and end censorship.

The military has banned political gatherings of five or more people. On Sunday, 5,700 troops and police were sent into central Bangkok to stop anti-coup protests, which were mostly limited to small gatherings held around shopping malls.