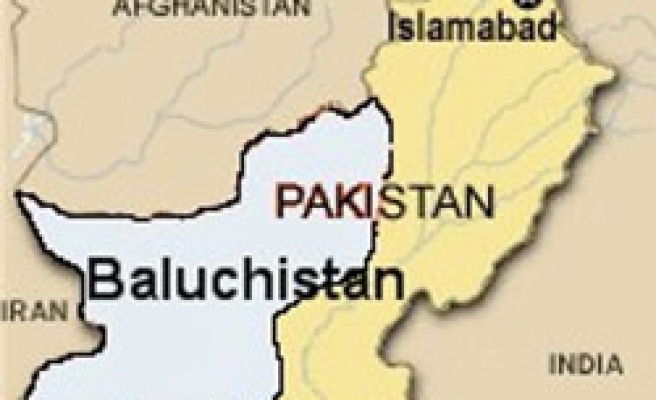 At least 30 Baluch militants were killed on Thursday, an official said, in a gunbattle between Pakistani forces and insurgents fighting for the independence of Baluchistan, a huge resource-rich region bordering Iran.

The region's Home Minister Sarfaraz Bugti told reporters that militants from the outlawed Baluch Republican Army had attacked and killed two soldiers during the battle.

"(State security forces) retaliated and killed 30 militants after a heavy gunbattle," Bugti said, adding that large quantities of explosives, weapons and ammunition was recovered during a search operation.

Lying to the south of Pakistan's Taliban hot spots, Baluchistan's independence movement and its rampant sectarian and separatist violence are little known to the outside world.

A thinly populated land of deserts and mountains, Baluchistan borders Afghanistan and Iran and is virtually sealed off to foreigners. Baluch fighters could not be immediately reached for comment on Bugti's statement.

"At least eight hideouts were destroyed by the forces," he said. Ten of those killed in the battle "were identified as militants who had been involved in attacking security forces, destroying railway tracks, gas pipelines and planting bombs."