At least four people have been killed and four others were still missing. 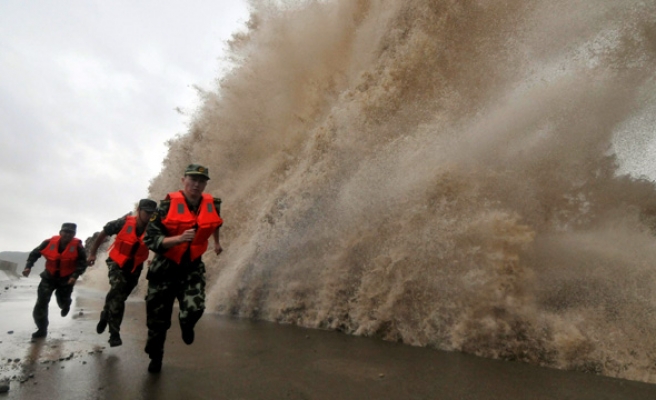 Packing winds up to 151 kms (94 miles) per hour, Fitow hit Fuding city in Fujian province early on Monday before weakening into a tropical storm later in the day, the official Xinhua news agency reported.

At least four people have been killed and four others were still missing, Xinhua said on Tuesday.

Flight and train services in Zhejiang province, south of Shanghai, were suspended on Monday.

In Wenzhou city in Zhejiang province, the storm destroyed over 1,700 houses and 46,800 hectares of crop land, the report said.

It was the 23rd typhoon to hit China this year.