More than 5,000 people have been evacuated from a North Korean city bordering China after flooding from a rain-swollen river. 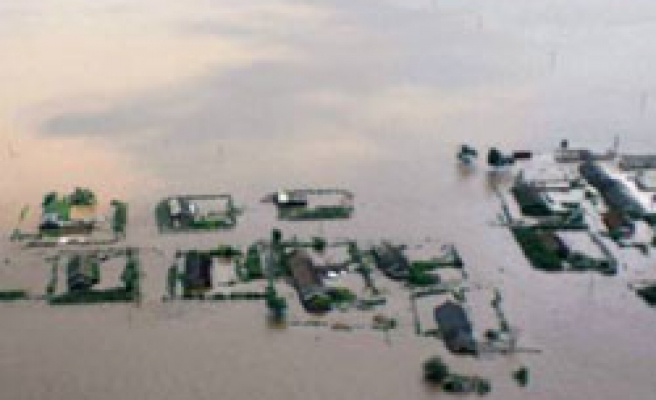 More than 5,000 people have been evacuated from a North Korean city bordering China after flooding from a rain-swollen river that also forced more than 94,000 people to leave affected areas in China this week.

North Korea's official KCNA news agency said on Sunday many parts of northwestern Shinuiju city had been submerged after the river that forms the border between North Korea and China overflowed due to more than 300 mm (11.8 inch) of rain falling between midnight and 9 a.m. on Saturday.

North Korean leader Kim Jong-il sent military units to rescue residents of the northwestern area and at least 5,150 flood victims were evacuated by the air force and navy, KCNA said.

In China's Dandong area flooding from the swollen river, called the Yalu in Chinese and the Amnok in Korean, killed four people and flooded 44 townships, bringing power blackouts and disruption to communications, Chinese state media said.

Local weather stations forecast on Sunday morning that 250 mm of rain would pelt the Chinese city over the next 24 hours.

Lack of proper infrastructure in most areas outside the capital Pyongyang makes arable land and residential districts of North Korea vulnerable to water damage in times of heavy rain, which in turn hurts harvests and worsens food shortages.

Aid groups have said the North suffers chronic shortfalls of food, with traditional key donor countries such as South Korea and the United States having sharply cut contributions.

North Korea can barely feed its 23 million people even with a good harvest due to its hilly terrain and antiquated farming industry.