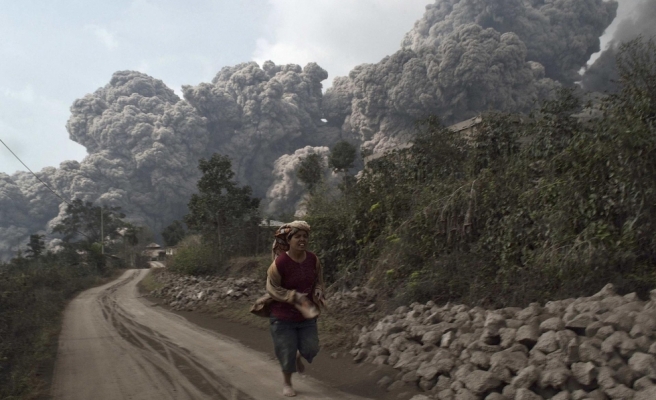 Mount Sinabung in Indonesia’s North Sumatra province has erupted as thousands of residents were evacuated from the area.

Sutopo Purwo Nugroho, head of public relations at the Indonesian National Board for Disaster Management, said Monday that Sinabung's eruption late on Sunday had sent hot clouds of ash 4,000 meters into the air and 4,500 feet to the southeast.

Sutopo told the Anadolu Agency that visibility was limited due to weather conditions following a rainy night.

More than 14,300 people have been evacuated. Inhabitants of nearby villages have begun repairing the roofs of homes damaged by the eruption.

On February 1, 11 people were killed and three others wounded when Mount Sinabung – located in the volcanic Pacific Ring of Fire - erupted several times during the day.

There had been a reduction in the volcano's activity since eruptions in August 2010, and nearly 14,000 people had returned to their homes.