The Puea Thai candidate, Korkaew Pikulthong, remained in detention although the vote is due on Sunday. 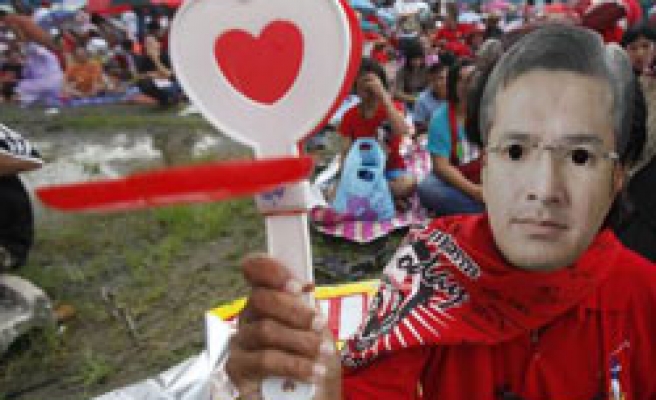 Supporters of Thailand's main opposition party rallied in Bangkok on Friday in the first big political gathering since a deadly military crackdown on anti-government protesters two months ago.

At least 4,000 massed at a theme park ahead of a pivotal Bangkok by-election in a defiant show of support for a detained "red shirt" protest leader representing the Puea Thai Party, the movement's powerful parliamentary arm.

Supporters dressed in red braved the rain to rally in spite of a state of emergency in place across a quarter of the country since May that marked the worst political violence in Thailand's modern history.

The Puea Thai candidate, Korkaew Pikulthong, remained in detention although the vote is due on Sunday.

"For the liberty of the people, the equality of the public, democracy in Thailand and for the world to know that Thai people hate injustice, vote number four -- Korkaew," a party member said on stage, reading a hand-written letter by Korkaew.

Korkaew is one of 12 senior "red shirt" figures being held on terror charges having been denied bail. Others have fled into hiding, some pledging to turn themselves in when the state of emergency is lifted.