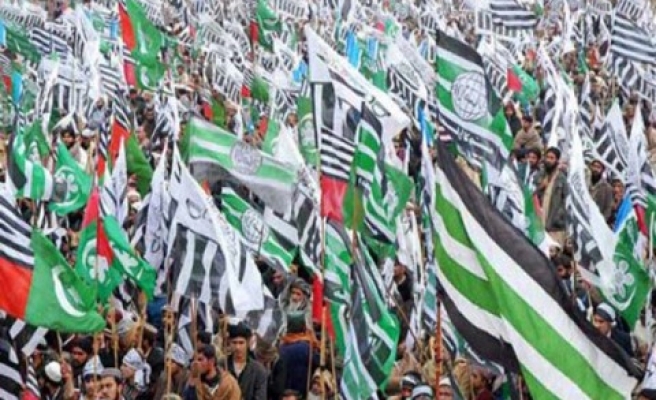 Thousands of supporters of groups gathered in the Pakistani capital on Monday to protest their government's decision to re-open supply lines for U.S.-led NATO troops in Afghanistan.

The protest was the largest so far against the reopening of the routes. Shops closed early in Islamabad and police set up barricades and cordoned off roads.

A survey by the Pew Research Center last month found that three out of four Pakistanis consider the U.S. an enemy, up from 69 percent last year and 64 percent three years ago.

Relations have been hurt by a series of events - the border strike, the killing of Osama bin Laden in a unilateral U.S. raid on Pakistani soil, and the fatal shooting of two armed Pakistanis by a CIA contractor.

The march was organised by the Defence of Pakistan Council, an alliance of  political parties and organisations campaigning for a break in ties with the United States and India.