Thousands protest US base plan near Japan parliament

Some 28,000 people surround the parliament building holding banners reading 'No more US bases in Okinawa' and 'Follow the will of Okinawa' 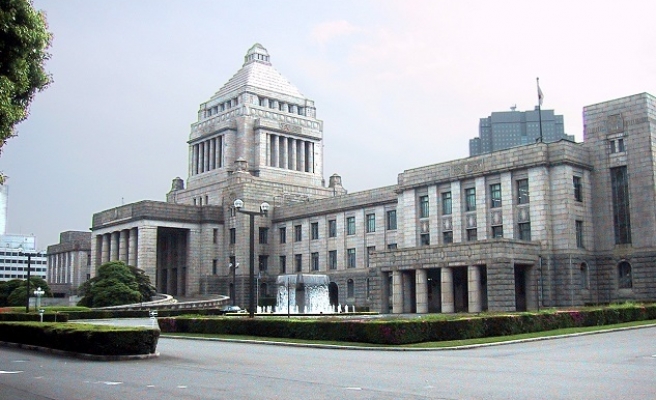 Thousands of protesters formed a human chain around Japan's parliament Sunday in protest at the planned construction of a new US base on the southern island of Okinawa.

Some 28,000 people, according to local media, surrounded the building holding banners reading "No more US bases in Okinawa" and "Follow the will of Okinawa".

Many wore blue, the colour symbolising support for the island.

Police did not give an estimate of the number taking part in rhe rally, the latest in a long series of protests.

The dispute has intensified mistrust between the central government and the southern island chain.

Okinawa accounts for less than one percent of Japan's total land area but hosts about 75 percent of US military facilities in the country.

The central government wants to construct a new US Marine air base in a remote part of the island to replace the existing US Futenma air base in heavily populated Ginowan, where it is widely seen as a potential danger to residents.

But Okinawa governor Takeshi Onaga and many island residents want a replacement for Futenma built outside Okinawa -- either elsewhere in Japan or overseas.

They say they can no longer live with the noise, accidents and occasional crimes by US service members.

Japan and the United States first proposed moving Futenma in 1996. But they both insist the replacement base must remain in Okinawa, from where US troops and aircraft can respond quickly to potential conflicts throughout Asia.

Tokyo is keen to keep its crucial security ally satisfied, but frustration over the seven-decade American military presence is rife in Okinawa.