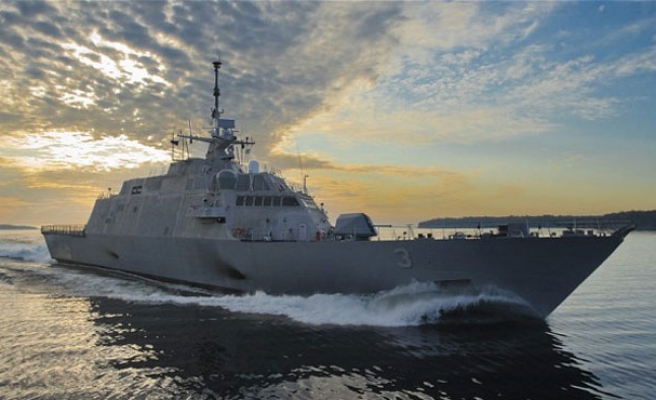 It is the first such triple-carrier drill in the region for a decade.

"The exercise is aimed at enhancing deterrence against North Korea's nuclear and missile threats and showing off preparedness to fend off any provocative acts by the North," a South Korean defence ministry spokesman said.

Nuclear-armed North Korea regularly denounces such military drills as rehearsals for invasion and sometimes conducts its own military manoeuvres or missile tests in response.

The US warships will carry out air defence drills, sea surveillance, defensive air combat training and other operations, the US Navy said.

The exercises come on the heels of Trump's visits to Tokyo, Seoul and Beijing this week, which were dominated by the question of how to counter Pyongyang's nuclear weapons threat.

At a summit in Seoul, Trump and South Korean President Moon Jae-In agreed to increase the deployment of US military assets around the Korean peninsula to step up pressure on the North.

And in a speech to the South Korean parliament, Trump warned North Korea not to underestimate the United States, while offering leader Kim Jong-Un a better future if he gives up his nuclear ambitions.

The North, which this year carried out its sixth nuclear test, generating by far the largest yield to date, has fired dozens of missiles in recent months -- all in defiance of multiple UN sanctions.

Two have overflown key US ally Japan, and the regime has claimed that it now has the technology to mount a nuclear warhead on a missile that can travel as far as the US mainland.

There has been speculation that Kim would order another missile test to coincide with the US president's marathon visit to the region which ends on Tuesday.