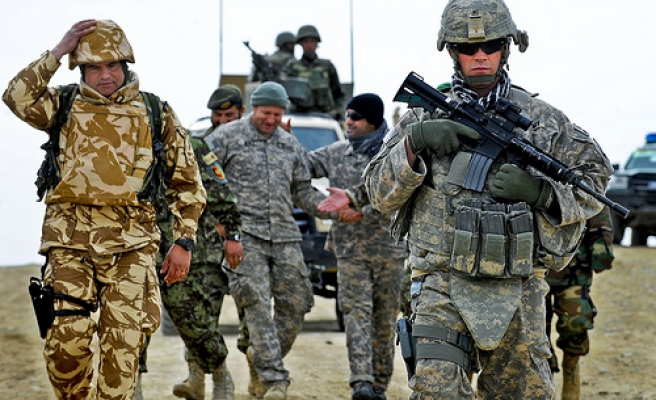 Three US troops were killed by a bomb blast on Friday in southern Afghanistan, a U.S. official said, speaking on condition of anonymity.

No information was immediately available about the incident. The NATO-led International Security Assistance Force, or ISAF, in Afghanistan said in a statement three service members died following an improvised explosive device attack.

ISAF did not provide the nationality of the victims.

The Taliban is engaged in a summer offensive ahead of the planned withdrawal of most foreign troops by the end of this year.

The United States plans to reduce its force in Afghanistan to less than 10,000 after 2014 and withdraw almost all of them by the end of 2016.

Stanikzai escaped unharmed, but a black armored car was damaged in the bombing, according to a Reuters witness. The incident was under investigation according to police.

Severals protests in Kabul are planned to take place later on Saturday in support of presidential candidate Abdullah Abdullah's decision to drop out of the race over allegations of mass fraud. He has called for the electoral bodies to halt counting votes and suggestd the United Nations intervene.

The move imperilled Afghanistan's political transition at a critical time, as most foreign troops will leave by the end of 2014 after 13 years of war.