An NGO's report warns that destruction of confidence in state, legal and justice systems could lure people into joining ‘struggle for independence’ in troubled region 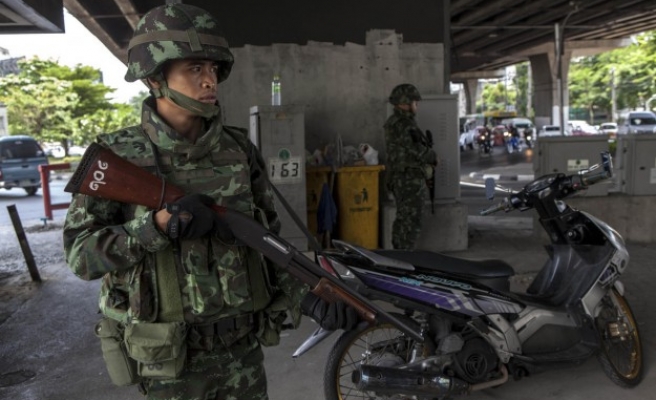 A damning report on the alleged torture of suspects by security forces in Thailand’s insurgency-plagued Muslim south has claimed that the practice is “widespread” and “systematic”, and “undermines confidence in the legal and justice systems”.

In a 12-page document released Wednesday, the Duay Jai group and Cross Cultural Foundation, a Network of Human Rights Organizations in the southern Muslim-majority province of Pattani, called the use of torture to obtain confessions in the area "systematic", underlining that it is "regular, widespread and intentional”.

“Despite complaints by victims’ relatives and campaigns by local and international human rights organizations, the Thai state has not yet tried to solve this issue and has not taken sanctions against officials involved in the wrongful acts,” it stressed.

The research for the report -- titled Torture Situation and Inhumane, Cruel and Degrading Treatments in Southern Bordering provinces -- was based on interviews with 54 victims of torture by security forces between 2004 and 2015.

It shows a steep increase in torture cases since 2014, the same year the Thai military overthrew the elected government of Yingluck Shinawatra in a coup and seized power.

According to the report, there were 17 alleged torture cases in 2014 and 15 in 2015, compared to seven in 2013 and none in 2012 -- incidents inflicted at the time of the arrest, during the transportation to the military camp and during detention in the camp.

Among the recorded cases, an unnamed 29-year-old former detainee -- who the groups said was not identified for his own safety -- said that he was repeatedly beaten during his 28-day detention at the Inkayuth military camp in Pattani.

“About ten paramilitary rangers slapped my face, kicked my stomach and hit my back with their fists. They placed an electric wire around my neck to alternatively strangle me and release the pressure repeatedly,” he told researchers.

“After that, they put me in a very cold room and left me there for five days. I could not pray as there was no water and the room was too small,” he added, referring to the ablution process required prior to Islamic prayer.

The unnamed detainee said that at the end of detention, he had been forced into signing "a document".

“Finally, I signed it because the officials beat me all over the body, threatened to harm my wife and my parents and to burn my house,” he said.

The report underlined that such behavior by security forces was undermining the confidence of locals in the Thai justice system, and may encourage -- rather than dampen -- insurgency.

“In the end, suspects may be lured into joining the violent struggle for independence."

Reacting to the report’s release, a spokesperson for the Internal Security Operation Command -- Thailand’s main domestic security agency -- told Khaosod news website that it was “another figment of the authors’ imaginations”.

Col. Pramote Promin accused one of the authors -- Pornphen Khongkachonkiet, director of the Cross Cultural Foundation -- of aiming “to discredit the army and the state”.

A previous report released Feb. 2 by the Pattani-based Muslim Attorney Center Foundation alleged similar abuses by the military, and was likewise rejected by Thai authorities in similar terms.

No Thai military, paramilitary or police officer has ever been sentenced by a criminal court in alleged torture cases.

The closest any has come to being penalized was in the case of 25-year-old Ashari Sama-ae, who died in detention without charge in 2007.

Last August, the country's Supreme Administrative Court ordered the government to pay $28,000 dollars as financial compensation to his mother.

The southern insurgency is rooted in a century-old ethno-cultural conflict between Malay Muslims living in the southern region and the Thai central state where Buddhism is considered the de-facto national religion.

Armed groups were formed in the 1960s after the then-military dictatorship tried to interfere in Islamic schools, but the insurgency faded in the 1990s.

The confrontation, which has killed 6,400 people and injured over 11,000 since 2004, is one of the deadliest low-intensity conflicts on the planet.