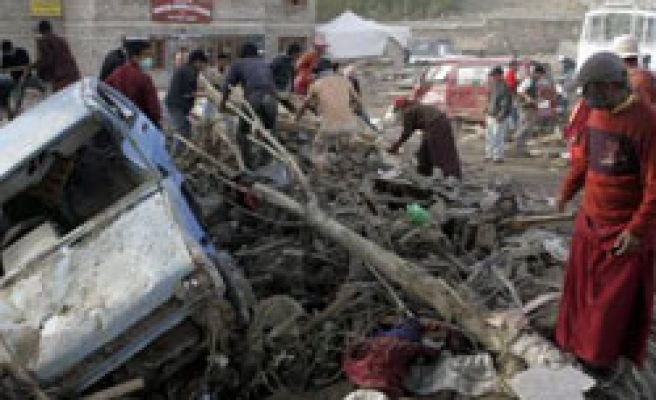 More than 300 foreign tourists are stranded in Kashmir's Ladakh, three days after flash floods killed at least 150 people and ravaged the main town of Leh, officials said on Monday.

At least 300 people are still missing and 25,000 people affected by the floods, army officials said. At least 7,000 soldiers were deployed to rebuild roads and bridges, they said.

"We have located about a group of 150 foreign tourists stranded in Zanskar Valley near Leh and we are trying to evacuate them by helicopters," Flight Lietunant Priya Joshi of the Indian Air Force told Reuters on Monday.

Another 90 tourists were stranded in a monastery in Lama Yuru, about 110 km ( 68 miles) west of Leh, while another 73 were waiting for evacuation in Din Karu, enroute to another tourist destination, the army said.

The region borders Pakistan, beset by the worst floods in 80 years which have killed over 1,600 people and left at least two million homeless.

"It will take a lot of time and effort to restore the communication network," said Brigadier Sanjay Chawla of the Indian Army said from Leh.

About 33 soldiers were also swept away during the floods that hit the Ladakh region on Friday, the army said.

In Leh, the town located at an altitude of 3,505 metres (11,499 feet) in the state of Jammu and Kashmir, health officials were struggling to treat the injured in the civilian hospital, which was also badly damaged by the floods.