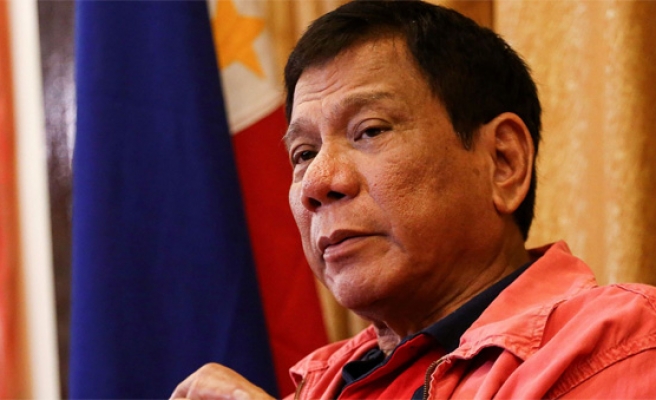 President Rodrigo Duterte said Tuesday that Hong Kong and Taiwan-based triads are to blame for the proliferation of illegal drugs in the Philippines.

During a speech at an event marking the 120th anniversary of the Department of Justice, Duterte said the 14K and Bamboo triads are running the drug trade in the country.

“They’re in Region 1,” Duterte said, referring to the northwestern part of the country.

“There are empty bins with Chinese characters…But it’s actually Taiwan. I cannot blame the Chinese government or the people," he added.

Government officials have long believed that most of the drugs being brought into the Philippines are from China.

This was reinforced by the discovery in May of a 600-kilogram shipment of shabu (methamphetamine) apparently from China worth PHP6.4 billion by customs agents and the National Bureau of Investigation at a warehouse in Valenzuela city in Metro Manila.

While Duterte did not elaborate on the triads, the South China Morning Post reported in 2015 that the Taiwan-based United Bamboo triad is one of the world's largest organized crime groups that is involved in all kinds of illegal activities. The report also talked about the Hong Kong-based 14K triad.

In a speech during an event marking the 56th anniversary of the Philippine Constitution Association, Duterte said the Philippines has become a “client state” of the Bamboo triad and is being used to channel supplies to the United States.

“The Philippines is a transshipment point for shabu to America, and it behooves upon America to work closely with the Republic of the Philippines especially on this serious matter,” he said.

Washington has been a vocal critic of Duterte’s war on drugs, which has claimed thousands of lives due to alleged extrajudicial killings. But both countries have acknowledged the narcotics trade problem while stressing the need to work together to address the issue.