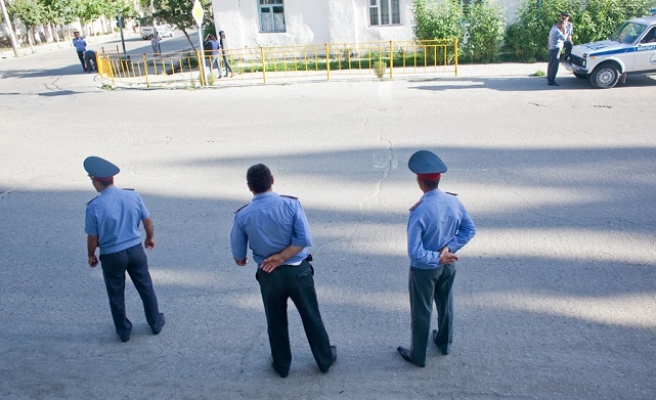 A Tajik court has started Tuesday to hear the case against 13 executives of the main opposition Islamic Renaissance Party accused of organizing and providing financial support for armed attacks against the state.

In a statement, the Tajikistan High Court said the hearings against the 13 top officials of the party began in Dushanbe and were held closed.

All 13 suspects - including the party's deputy chairman Sayyid Omar Huseyni - were detained back in September as they attempted to flee the country after the prosecutor general pressed charges of collaborating with a former vice minister who had been accused of masterminding an armed attack targeting security forces.

On Sept. 4, an armed group attacked security forces in the cities of Dushanbe and Vahdat, which left eight police officers and nine assailants dead, according to officials. The attack was blamed on the former deputy defense minister, Nazarzoda Abduhalim Mirzo, whom the Tajik government has accused of rebellion.

Apart from many party activists who have been jailed since the Islamic Renaissance Party was proclaimed a terrorist organization by a Tajik court on Sept. 29, the relatives of the party's self-exiled leader Muhiddin Kabiri were also detained in the western city of Faizabad in December 2015.

The party is the largest opposition group in Tajikistan and claims to have received more than 40 percent of the votes in last March’s general election. The official count was announced at 1.3 percent.

Founded in 1991, the party stands opposed to the government of the President Emomali Rahmon, who has been in office since 1992.