Elevated radiation readings at the Fukushima plant come as Prime Minister Shinzo Abe and his government try to reassure the international community that the facility is "under control". 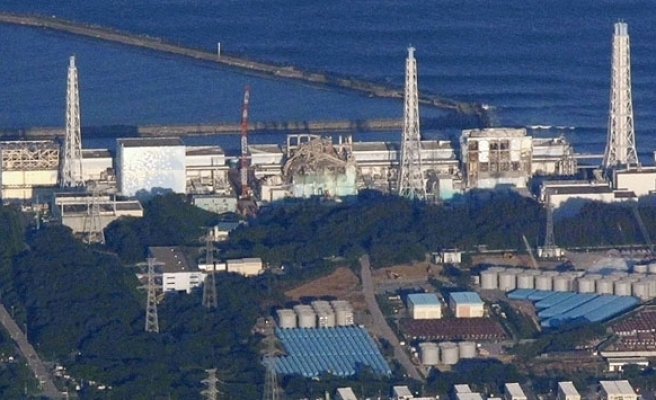 The operator of the wrecked Fukushima nuclear plant said on Friday it found elevated readings of tritium in groundwater near tanks that are holding hundreds of tonnes of contaminated water at the site.

Tokyo Electric Power Co (Tepco) said tritium levels in water taken from a well close to a number of storage tanks holding irradiated water rose to 97,000 becquerels per litre on Wednesday from 64,000 becquerels/litre measured at the same location a day earlier.

All beta readings of groundwater at the same location, however, declined slightly to 1,500 becquerels per litre on Thursday from an earlier measurement of 2,000 becquerels/litre, Tepco said.

Elevated radiation readings at the Fukushima plant come as Prime Minister Shinzo Abe and his government try to reassure the international community that the facility, 230 km (140 miles) from Tokyo, is "under control".

Tepco said last month that 300 tonnes of highly radioactive water leaked from one of the hastily built steel tanks at the plant, which was crippled by a massive earthquake and tsunami in March 2011.

That leak followed an earlier statement by the company that hundreds of tonnes of contaminated water was flowing out from the plant into the ocean every day.

More than two and a half years since the 2011 disaster, Tepco is struggling to pump out, treat and store massive amounts of contaminated water that continues to increase at a rate of 400 tonnes a day.

Tritium, which has a half-life of around 12 years, is less harmful to humans than cesium and strontium. A becquerel is a measure of the release of radioactive energy.

Nuclear plants in Japan are allowed to release water with up to 60,000 becquerels/litre of tritium.

The latest spike in radioactive elements in groundwater near the tanks threatens to scuttle Tepco's plans to build a bypass to route groundwater away from the plant and release it into the Pacific Ocean. The tank that leaked is in an area around 130 meters above ground from the bypass.