Tepco investigating the high tritium reading and not rule out the possibility that last month's leak had contaminated the groundwater. 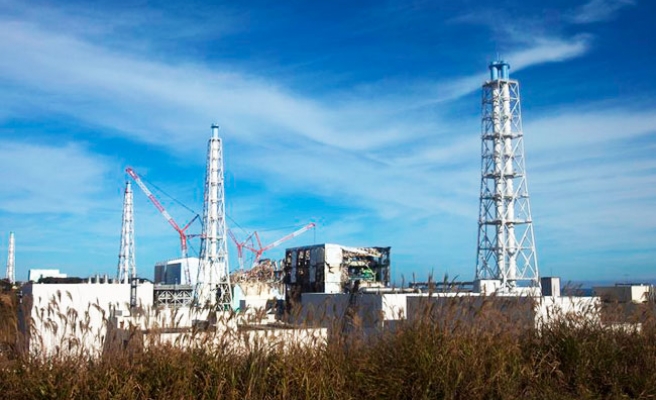 The operator of the wrecked Fukushima nuclear plant said levels of tritium - considered one of the least harmful radioactive elements - spiked more than 15 times in groundwater near a leaked tank at the facility over three days this week.

Tokyo Electric Power Co (Tepco) said tritium levels in water taken from a well close to a number of storage tanks holding irradiated water rose to 64,000 becquerels per litre on Tuesday from 4,200 becquerels/litre at the same location on Sunday.

Tepco said last month that 300 tonnes of highly radioactive water leaked from one of the hastily built steel tanks at the plant, which was crippled by a massive earthquake and tsunami in March 2011.

A Tepco representative told reporters on Wednesday the company was investigating the high tritium reading and could not rule out the possibility that last month's leak had contaminated the groundwater.

The elevated readings of radioactive elements at the plant come just days after Japan's Prime Minister Shinzo Abe told the International Olympic Committee that the situation at the Fukushima facility, 230 km (140 miles) from Tokyo, was "under control", with contamination limited to the area immediately surrounding the plant. Tokyo was chosen over the weekend to host the 2020 Olympic Games.

Tritium, which has a half-life of around 12 years, is less harmful to humans than cesium and strontium. A becquerel is a measure of the release of radioactive energy.

The spike in radioactive elements in groundwater near the tanks threatens to scuttle Tepco's plans to build a bypass to route groundwater away from the plant and release it into the Pacific Ocean. The tank that leaked is in an area around 130 meters above the proposed bypass.

Tepco Vice President Zengo Aizawa stressed the importance of the bypass on Wednesday, saying the company will continue to try and win support from local fishermen - who oppose the release of contaminated water into the sea- for the bypass.