Soldiers have been hunting the militants on the island since the two German captives were released on Oct. 17. 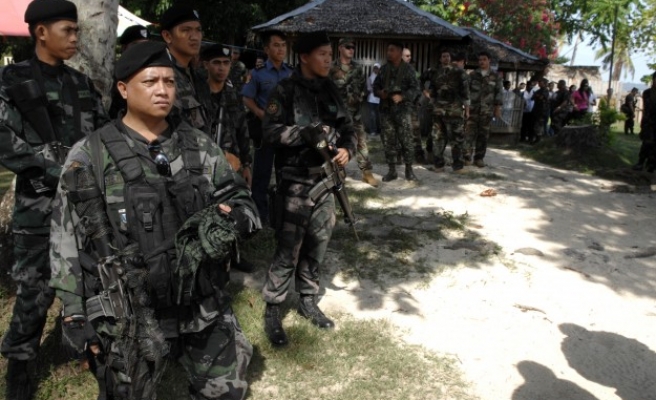 Philippine troops clashed on Friday with militants on a remote southern island and 14 people were killed in the first major encounter since the army launched an offensive almost a month ago, military officials said.

Militants from the Abu Sayyaf group had been avoiding contact with government forces on the island of Jolo since the release of the two German captives last month after ransom was reportedly paid.

Army rangers killed nine rebels in a four-hour gun battle after the soldiers raided a camp where 300 of the al Qaeda-linked militant were based, said army spokesman Captain Rowena Muyuela.

He said five soldiers were killed and 26 were wounded.

"As of now, the fighting is over, it's already dark but we are pursuing them," Colonel Allan Arrojado, commander of an army brigade on the island, told reporters.

Soldiers have been hunting the militants on the island since the two German captives were released on Oct. 17. But until Friday, they had found only several abandoned camps, he said.

The government signed a peace deal with the largest Muslim rebel group, Moro Islamic Liberation Front, in March, promising to grant autonomy in the south and ending a 45-year conflict that killed 120,000 people and displaced 2 million.