Southern China is bracing for its second powerful storm in less than a week. 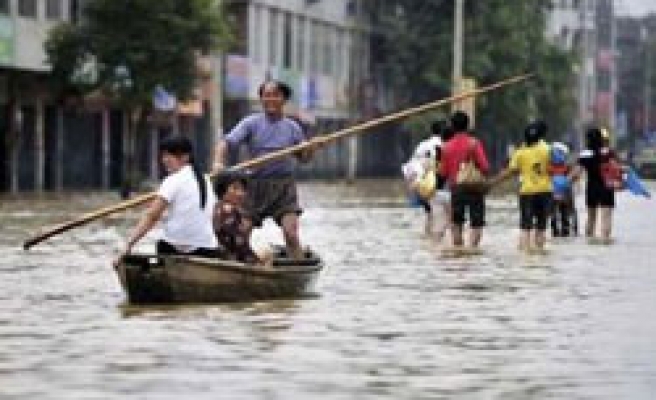 Southern China is bracing for its second powerful storm in less than a week, as the death toll from floods and landslides caused by torrential rain climbed beyond 700 with hundreds of others reported missing.

Tropical storm Chanthu is expected to make landfall in Guangdong and Hainan provinces on Thursday, and it may pick up force while over the South China Sea. The government has advised people to stay indoors, the official Xinhua news agency said.

Much of southern and central China has been suffering flooding and landslides after weeks of torrential downpours.

At least 701 people have died since the start of the year as a result of the rains, and another 347 are missing, the government said on Wednesday.

The scale of the devastation, with more rain forecast, has raised fear of another mass disaster on the scale of the 1998 Yangtze River floods. But Liu Ning, vice minister of water resources, said that should not happen.

China is far better prepared than in 1998, when more than 4,000 people died, and the overall water volume is not as high although some rivers have risen above the peak of that year.

"Middle and downstream water levels are actually one metre lower compared with 1998, though some sections and lakes are approaching or have exceeded warning levels," he told a news conference on efforts to fight the flood.

"But in 1998 water levels on the whole of the Yangtze River exceeded flood parameters, which lasted for more than 30 days."

Since then dikes have been improved and the massive Three Gorges dam completed. Only a few dikes have failed, unlike in 1998 when thousands did, Liu said.

"Since 1998, 29 projects have been completed, which have come in great use in this year's flood prevention work," he added.

The Three Gorges dam was given the go-ahead by the government in 1992, against unusually visible domestic opposition -- with environmentalists warning the reservoir could turn into a cesspool of raw sewage and industrial chemicals trapped behind the dam.

The government justified its decision to push ahead by citing massive clean power generation and flood control. If it fails in the latter task it will add to concerns about the dam's overall cost and impact.