Southern China is bracing for heavy rain and strong winds from a new tropical storm heading its way, state media said on Monday. 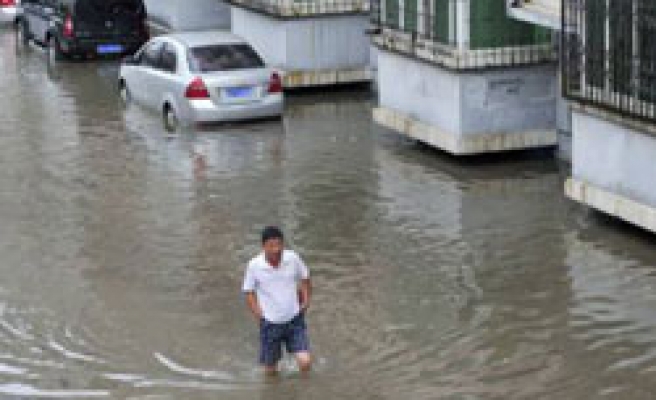 Southern China is bracing for heavy rain and strong winds from a new tropical storm heading its way, state media said on Monday, the latest in a series of severe weather which has killed nearly 3,000 people so far this year.

Ships have been stopped from leaving port and more than 20,000 fishing boats have been told to take shelter in safe harbours, the report added. The rubber-producing area is also popular with tourists.

Chan Siu-wai of the Hong Kong Observatory said the storm would not likely be a big one.

"This year there were some storms that attained even higher intensity that tracked even closer to Hainan island. It's not the strongest one this year," he said.

In northeastern China on the North Korean border, more than 250,000 people have been evacuated after the Yalu River broke its banks following heavy rain. At least four people have died.

Dozens of villages remain cut off from the outside world, Xinhua said.

North Korea said over the weekend more than 5,000 people had been evacuated from its side of the border.

Large parts of China have been hit by torrential rains and mudslides this year.

In the worst landslide, at least 1,435 people died in Zhouqu in northwest province of Gansu after rains bought a torrent of mud sweeping through the town earlier this month.

Storms in neighbouring Longnan and in Sichuan province to the south killed dozens more.