2 out of 5 injured in critical condition, doctors says 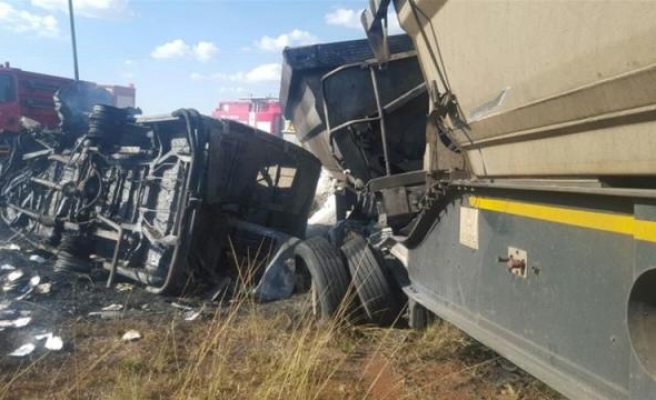 At least 17 people were killed and five others injured when a coal-laden truck overturned over a passenger van in Pakistan's southern Sindh province, local media reported.

The accident took place in Khairpur district when the heavily loaded truck lost control while overtaking and fell over the van, local broadcaster Geo News reported.

The injured were shifted to a local hospital, where according to doctors, two of the injured are in critical condition.

Pakistan has a long history of road and rail accidents, mainly due to poor infrastructure and violation of road safety rules.

According to Pakistan Bureau of Statistics, more than 9,000 road accidents are reported every year, killing on average around 5,000 people annually.