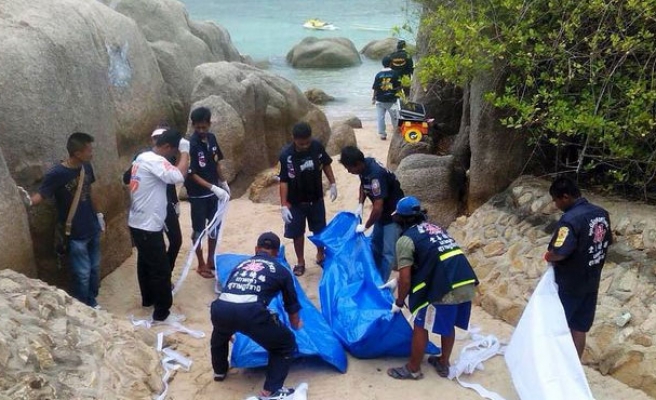 A Turkish man was shot dead outside a bar on the Thai holiday island of Koh Samui in the early hours of Friday, local media reported Saturday.

The Bangkok Post said the 34-year-old man was allegedly shot in the head and abdomen by a security guard during an argument outside a beach bar in Chaweng, a popular resort on the island in the Gulf of Thailand.

According to police, the man was drunk when he asked staff to open the bar at 2 a.m. (1900GMT). The bar staff refused and he left but returned a short time later and allegedly pulled a gun.

The security guard, who surrendered to police, said he shot the man in self-defense.

One news website – Thai Visa News – identified the victim as Mamet Forlet, who ran a number of businesses on the island.

Violence has cast a cloud over the Thai tourism industry in recent months. In September, Britons David Miller, 24, and Hannah Witheridge, 23, were found dead on a beach on Koh Tao and last April, Frenchman Fabrice Boigeol, 37, was found dead in his rented bungalow on Koh Phuket.