Ahtem Ciygoz was taken into custody on Thursday by the Russian Federal Investigative Committee. 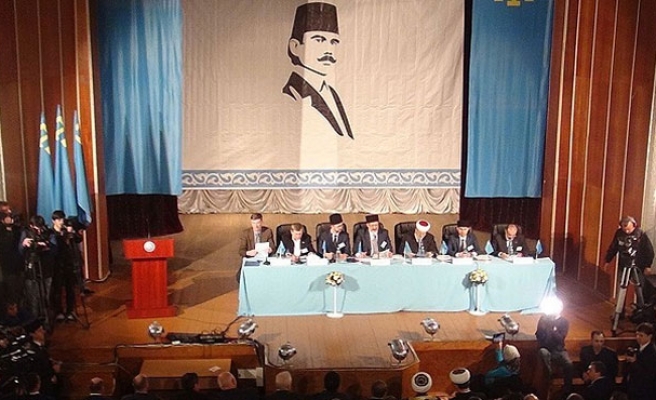 Releasing a written statement on Friday, Turkey's Foreign Ministry called the arrest of Deputy Chairman Ahtem Ciygoz a new way of suppressing the Mejlis - the governing body for Crimean Tatars.

"We express that these kind of illegitimate implementations serves no one's interest, expect the liberation of Mr. Ciygoz and see respect to our Crimean Tatar kin's democratic and humanitarian rights," the statement said.

Ciygoz was taken into custody Thursday on suspicion of organizing "mass disorder" in front of Crimea's parliament in Simferopol on Feb. 26, 2014, when Crimean Tatars and other pro-Ukrainian activists clashed with pro-Russian activists.

A statement by the Russian Investigative Committee said unidentified people had called on Crimean Tatars to create trouble, which ended in brute force against the members of Russian Unity headed by the current Crimean Prime Minister Sergei Aksyonov.

Mevlut Cavusoglu also raised the issue on Friday during a speech at the 24th African Union Summit in the Ethiopian capital Addis Ababa.

Since Russia annexed Crimea in March 2014, Crimean Tatars have said to be facing discrimination and pressure for their opposition to the annexation.