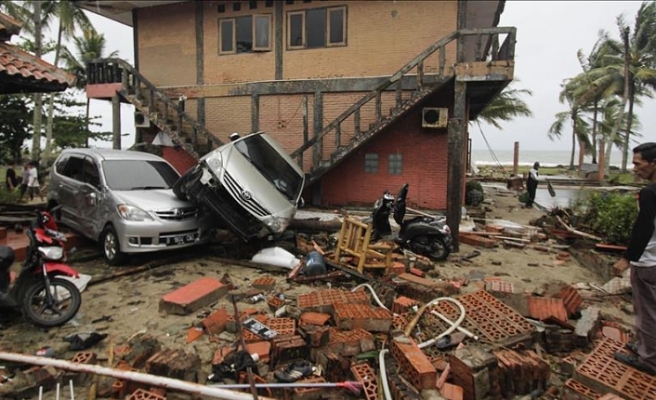 Turkish President Recep Tayyip Erdogan on Sunday offered his condolences to Indonesia over a deadly tsunami which hit the country on Saturday night.

"In the name of the Turkish people I hereby express our condolences to all the people of Indonesia," Erdogan said during the Financial General Assembly 2018 meeting of Foreign Economic Relations Board (DEIK) in Istanbul.

At least 222 people died and hundreds were injured when a tsunami -- likely triggered by a volcanic eruption -- hit Indonesia's Sunda Strait Saturday night, according to the country’s national disaster agency.

The death toll may still increase as not all affected areas have been recorded, Sutopo Purwo Nugroho, spokesman of the National Disaster Management Agency, said in a tweet.