Ankara, Seoul consider each other brothers thanks to Turkish soldiers’ dedication during war, says Turkey's ambassador 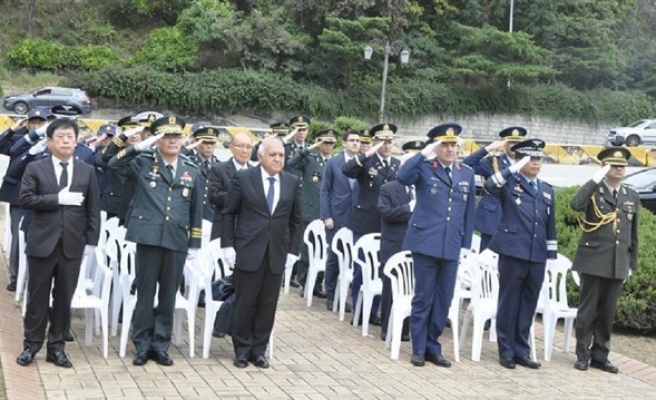 South Korea and Turkey on Wednesday marked the 67th anniversary of the Turkish Armed Forces' participation in the Korean War and commemorated the Turkish martyrs who fell in battle.

Turkish forces served under the United Nations Command during the Korean War between 1950 and 1953, and 774 Turkish soldier were martyred.

Turkish Ambassador Hakan Okcal, along with military officials and some war veterans, attended a memorial service held by Turkish military attaché and the South Korean 55th Division Command at the Martyrs' Memorial in the city of Yong-in, 60 kilometers (37 miles) from the capital Seoul.

Speaking at the service, Okcal said that South Korea and Turkey consider each other brothers thanks to Turkish soldiers’ dedication during the war.

“We, together, will honor the memories of our martyrs who sacrificed their lives in the Korean War,” he said.