Leader of the main opposition party in Turkey will pay a visit to Germany between September 19 and 21. 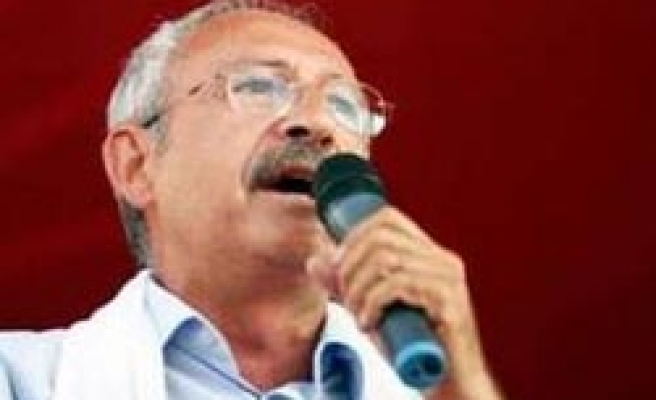 Leader of the main opposition party in Turkey will pay a visit to Germany between September 19 and 21.

Kilicdaroglu will first have a meeting with members of a Turkish federation and Turkish tradesmen in the German capital, and attend a dinner to be hosted by Turkish community on Sunday.

The CHP leader will meet Martin Schulz, the leader of Group of the Progressive Alliance of Socialists and Democrats in the European Parliament, over breakfast on Monday (September 20), and visit Turkey's Embassy in Berlin later the same day.

Kilicdaroglu is expected to meet Social Democrat Party (SPD) leader Sigmar Gabriel and hold a joint press conference with him.

On Monday evening, Kilicdaroglu will participate in a conference at the Friedrich Ebert Foundation.

Kilicdaroglu will meet journalists over breakfast on Tuesday (September 21).

The main opposition leader will return to Turkey after meeting Claudia Roth and Cem Ozdemir, the co-chairpeople of the Party of the German Green Party, and German Left Party's co-chairman Klaus Ernst.

Over this week, Kilicdaroglu travelled to the Belgian capital of Brussels, and held talks with executives of the EU, Party of European Socialists (PES), S&D Group, European Trade Union Confederation (ETUC), Belgian Socialist Party, the Union of Chambers and Commodity Exchanges of Turkey (TOBB) and Turkish Industrialists' & Businessmen's Association (TUSIAD) in Brussels; the deputy prime minister of Belgium and members of the non-governmental organizations.