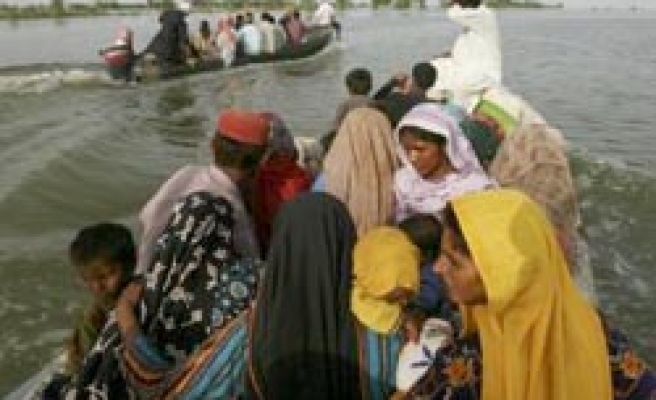 Turkish Red Crescent has built a 30-house "disaster village" in Nowshera province in northwest Pakistan which was worst damaged by recent flooding in the country.

Houses were delivered to residents at a ceremony on Friday.

Pakistan's worst-ever floods killed at least 1,600 people and displaced more than 20 million. As many as 17 million acres of farm land have been submerged and billions of dollars of crops have been destroyed, Pakistani authorities announced earlier.

So far, Turkey has sent a $10 million financial aid and 244 tons of relief support that included vaccines, medicine, medical stuff to Pakistan.

In the meantime, as part of a public campaign launched earlier, a total of 23.7 million lira, 1.09 million USD and 923,000 euro was collected in Prime Ministry's bank accounts later to be sent to Pakistan.