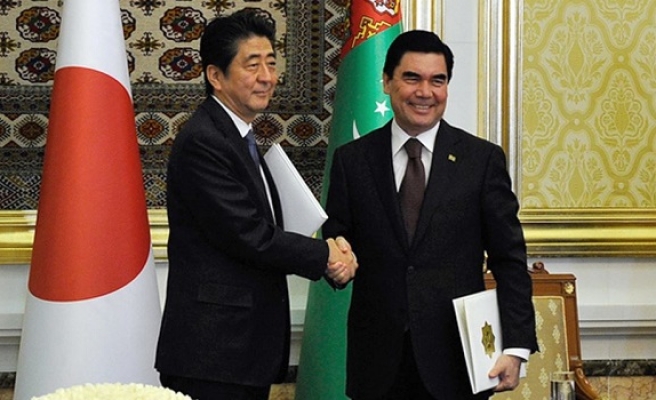 The energy and infrastructure deals worth more than $18 billion were signed Friday during a visit to Turkmenistan by Japanese Prime Minister Shinzo Abe.

"We planned to sign documents on a number of projects in the chemicals sector and power station construction for a total sum of more than $18 billion. These documents have just been signed," Abe said.

The leaders welcomed participation by Japanese companies in building gas processing and chemical plants, according to a statement issued after their meeting.

According to the Japan Times, Abe is the first Japanese prime minister to visit Turkmenistan.

Abe is on the second leg of a six-nation weeklong tour that will also take him to four other Central Asian states.

Observers say the trip is intended to counter China's growing influence in the resource-rich region.