The 300-member Party of Industrialists and Entrepreneurs held its inaugural meeting two years after the president ordered the creation of a multi-party system in the ex-Soviet republic. 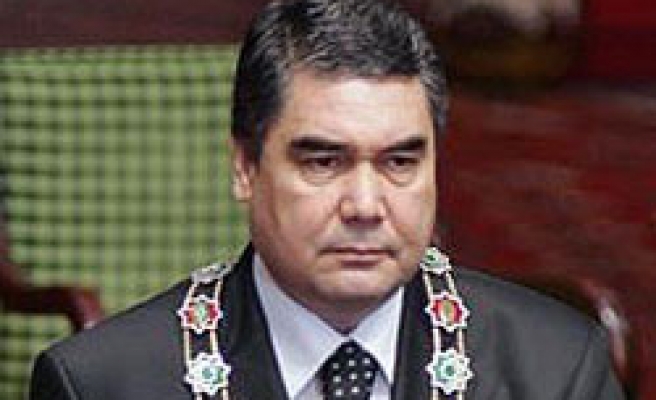 Turkmenistan launched its second political party on Tuesday, a token nod to democracy unlikely to pose any challenge to the absolute rule of President Kurbanguly Berdymukhamedov in the gas-rich Central Asian state.

The 300-member Party of Industrialists and Entrepreneurs held its inaugural meeting two years after the president ordered the creation of a multi-party system in the ex-Soviet republic.

State media reported that Orazmammed Mammedov, a member of the Union of Industrialists and Entrepreneurs - which itself was signed into being by the president last year - was elected chairman of the new party.

Known as Arkadag, or The Patron, Berdymukhamedov is president, prime minister, commander of the armed forces and leader of the Democratic Party which, until now, was the only legally registered political force in Turkmenistan.

Analysts are sceptical that the 54-year-old qualified dentist plans to relax his tight grip on the desert nation of 5.5 million people bordering Iran and Afghanistan, which BP says holds the world's fourth-largest natural gas reserves.

Turkmen opposition activists live in exile and rights groups regularly rank the country among the world's most repressive. Human Rights Watch said in its latest annual report that media and religious freedoms were subject to "draconian restrictions."

Keen to win investment for the country's gas ambitions, Berdymukhamedov has taken steps to bring Turkmenistan out of the isolation that accompanied the eccentric rule of predecessor Saparmurat Niyazov, who banned opera and renamed the months of the year.

In his first public comments after winning re-election in February, Berdymukhamedov said he aimed to build a market economy and multi-party political system. He has also approved the creation of a third, agrarian party.

Berdymukhamedov extended his term by five years by winning 97 percent of votes in the Feb. 12 election, which was shunned by the Organisation for Security and Cooperation in Europe because of its lack of competition.

Berdymukhamedov set himself up against seven token challengers drawn from government ministries and state enterprises, several of whom openly praised the president's achievements prior to the vote.