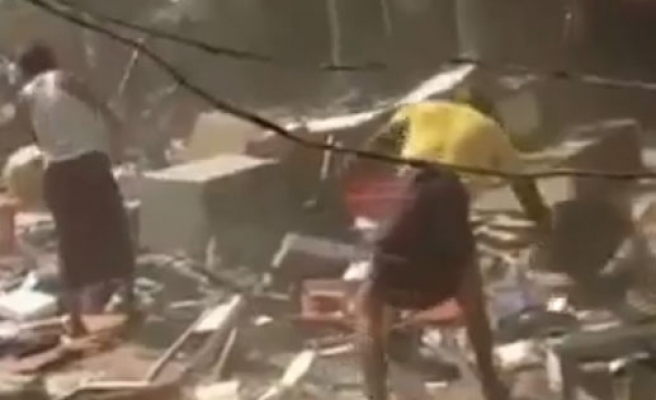 Two men were killed in a second night of rioting in Mandalay, Myanmar's second-largest city, a security official said on Thursday, the latest flare-up in two years of anti-Muslim violence by Buddhists.

A Buddhist and a Muslim were killed and 14 people were injured, Aung Kyaw Oo, an army colonel in charge of security in the Mandalay region, told reporters on Thursday.

Reuters reporters saw a heavy police presence on the streets of Mandalay, a city of about a million people in central Myanmar.

Some streets were blocked by metal and wooden barriers strung with barbed wire and shops in the Muslim neighbourhood were closed.

One resident said Muslims were staying inside, afraid their homes and businesses could be attacked.

"Most Muslims are hiding and some shifted to other towns near Mandalay and to hotels," the resident said, asking not to be named out of fear for his safety.

Aung Kyaw Oo said police had arrested four people on Wednesday after the first night of rioting, which began late on Tuesday after reports circulated on the Internet that the Muslim owner of a tea shop had raped a Buddhist woman.

Five people were injured on the first night of rioting, police said.

However, it has struggled to contain outbreaks of anti-Muslim violence in which at least 240 people have been killed since June 2012.

Most victims were members of Myanmar's Muslim minority, estimated to be about 5 percent of the population.

A senior police officer in the capital, Naypyitaw, told Reuters that charges of rape had been filed against the tea shop owner and his brother at a police station in Pyinmana, a town about halfway between Mandalay and Naypyitaw where the rape allegedly took place.

In a speech printed in Thursday's state-run New Light of Myanmar daily, President Thein Sein called the country a "multi-racial and religious nation" and warned against sectarian violence.

"For the reform to be successful, I would like to urge all to avoid instigation and behaviour that incite hatred among our fellow citizens," he said in the speech, which was also broadcast on radio on Thursday.

Anti-Muslim violence is not new to Myanmar: the former junta imposed a curfew in Mandalay after riots in the city in 1997.

But outbreaks of violence have become more common under the reformist government, which lifted restrictions on freedom of speech including access to the Internet, which had previously been tightly controlled by the military.