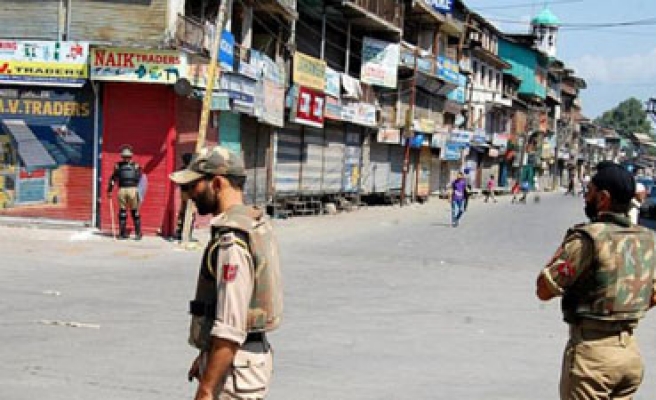 Two Pakistani soldiers were wounded in an exchange of fire with Indian troops along the disputed Himalayan region of Kashmir in the latest flare-up of tensions between the two nuclear-armed neighbours, officials on both sides said Wednesday.

The shooting came just hours after India accused Pakistani forces of killing five Indian soldiers along the Line of Control (LoC) in Kashmir in a incident that threatened to derail repeatedly stalled peace talks.

A Pakistani military official blamed "unprovoked Indian firing" for injuries to the Pakistanis on Tuesday afternoon and said that senior army commanders on both sides had spoken over a special hotline.

"Pakistan Army DG MO (director general of military operations) strongly and categorically rejected Indian allegations of LoC violation by Pakistani troops," said the official who spoke on condition of anonymity because he was not authorised to discuss operational issues with the press.

He said Pakistani troops had opened fire and Indian forces had retaliated.

The tit-for-tat violence is threatening to derail the resumption of peace talks between the two countries.

Pakistan has proposed a high-level meeting with Indian officials to restart the process. They were meant to resume earlier this year but were suspended after similar violence broke out in Kashmir.

New Pakistani Prime Minister Nawaz Sharif made improving trade with India a central plank of his campaign. But with elections looming in India, many are questioning whether the incumbent government can make concessions without being painted as weak by the opposition.