The Indian army says four suspected rebels and two soldiers have been killed in a fierce gunbattle in the Indian-controlled portion of Kashmir. 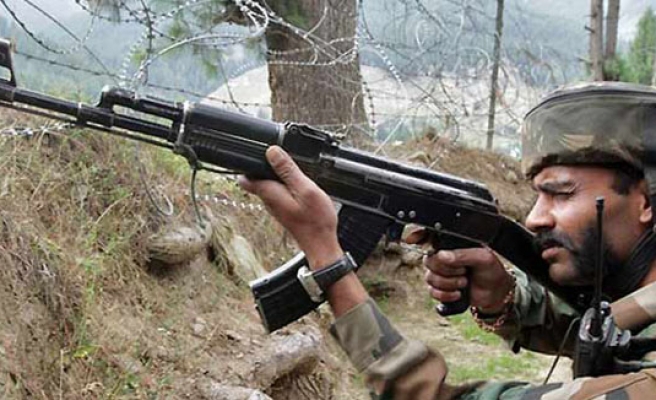 Two soldiers and four suspected rebels were killed Saturday in a fierce gun battle in Indian-administered Kashmir near the de facto border with Pakistan, an army spokesman said.

The six died during a heavy exchange of fire in the border village of Marsari, 130 kilometres (80 miles) northwest of the main city of Srinagar, deputy inspector general of police for the frontier area, Gharib Das said.

The 16-hour gun battle began on Friday when government forces zeroed in on an abandoned house after receiving information about the presence of suspected rebels.

Two other soldiers were injured and have been taken to a military hospital, according to police.

Kashmir has been divided between India and Pakistan by a heavily militarised Line of Control since the end of British colonial rule in 1947.

Both countries administer parts of the restive Himalayan territory separately but claim it in full.

Since 1989 several rebel groups have been fighting an estimated half a million Indian forces deployed in the region, for independence or a merger of the territory with Pakistan.

Overall violence in the disputed territory has declined sharply during the last decade, but armed encounters between rebels and government forces occur regularly.

Last week eight suspected rebels were killed in different gun battles with Indian government forces in the Kashmir valley, according to the army.

The fighting has left tens of thousands dead, mostly civilians.