Gunmen on motorbikes shot at a tourist bus near the main mosque in the Indian capital on Sunday, wounding two Taiwanese visitors. 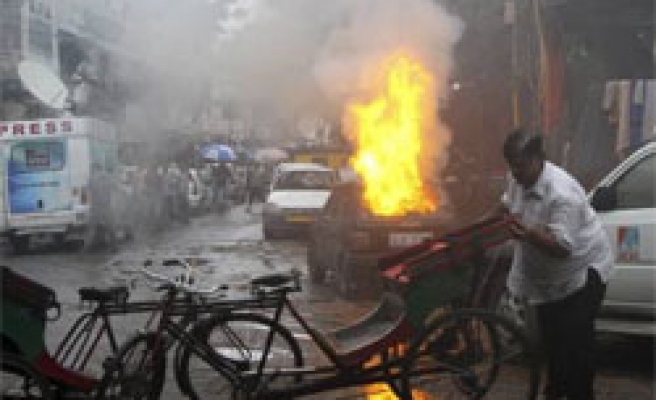 Gunmen on motorbikes shot at a tourist bus near the main mosque in the Indian capital on Sunday, wounding two Taiwanese visitors in an attack only weeks before the city hosts the Commonwealth Games.

The Commonwealth Games is seen as a showcase event for India as it emerges onto the global economic and diplomatic stage.

"The two men were wearing helmets and raincoats. They fired indiscriminately at a tourist bus before escaping," K. Singh, a senior police officer in Delhi, told Reuters.

Six Taiwanese nationals were boarding the bus on a visit to Jama Masjid when the shooting happened, the vehicle's driver said. The historic mosque in the old congested part of the capital is one of Delhi's most popular tourist attractions. The police have cordoned off the area.

Security has been tightened in the capital ahead of the Games, with authorities mindful of attacks in Indian cities over recent years in which dozens have been killed.

Doctors said the condition of the two wounded foreigners was stable and one of them was undergoing surgery in hospital.

Taiwan Foreign Ministry spokesman James Chang said one of the tourists had suffered a grazed head and the other was wounded in the abdomen. Neither wound was life-threatening, he added.

"There was some firing outside gate number 3 of Jama Masjid (Delhi's main mosque)," Delhi police spokesman Rajan Bhagat told Reuters. "We can't say (whether it was a militant attack)."

The Commonwealth Games, a four-yearly event organised by the 54-member organisation of mainly former British colonies, begin on Oct. 3.

But the Games threatens to become an embarrassment with the organisers fighting corruption charges and struggling to get venues ready on time.

The cost of the event has risen more than 17.5 times from the original estimate and is now put at $6 billion. Most of the venues have missed several preparation deadlines and an epidemic of dengue has added to worries of visitors.

"All that I can appeal to everybody is, please do not panic. An incident like this is something worrying but nothing to panic about," said Shiela Dikshit, Delhi chief minister.