A court in the southern city of Kashgar found the five defendants, to be guilty of crimes including involvement in 'terrorism' and intentional homicide. 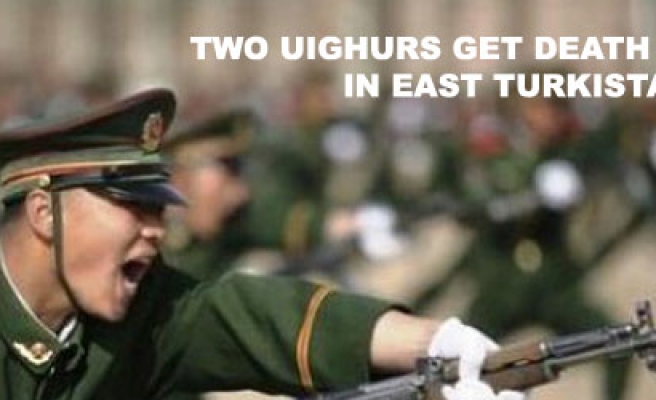 A court in in East Turkistan (Uyghur Autonomous Region) has sentenced two people to death and another to life imprisonment over deadly violence in the far western region.

Twenty-one people were killed in a confrontation between police and residents in April that involved axes, knives and at least one gun and culminated in a house being burned down, in what authorities called a "terrorist attack".

In July 2009,  East Turkistan's capital, Urumqi, was the scene of clashes between majority Han Chinese and minority Uighurs that killed nearly 200 people. In late June, 35 people died in another outbreak of violence.

Many Uighurs, Muslims who speak a Turkic language, complain of restrictions on their culture, language and religion. China says it grants them wide-ranging freedoms.

A court in the southern city of Kashgar found the five defendants, all of whom appeared to be Uighurs judging by their names, to be guilty of crimes including involvement in 'terrorism' and intentional homicide, the Xinjiang government said in a statement on its news site.

The Uighur declared independence in October 1933 but the region went under the control of communist China in 1949.

There has been immigration of Han Chinese, a majority ethnic group to East Asia, which subdued Uighur influence in the region and made them a minority.