A typhoon injured 45 people, cancelled flights and cut power to tens of thousands in Taiwan on Sunday. 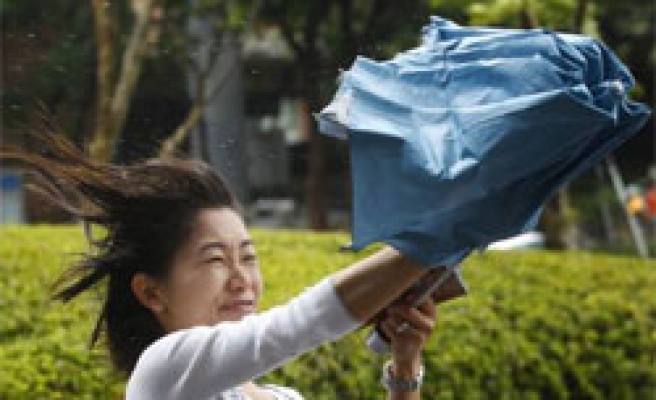 A typhoon injured 45 people, cancelled flights and cut power to tens of thousands in Taiwan on Sunday, keeping officials on high alert to stop any repeat of a deadly storm last year that damaged the president's reputation.

Gusts and sustained winds of up to 126 kph grounded 120 domestic and 36 international flights. They also kept Taiwan's main port of Kaohsiung closed into the evening, though the No.2 port in Keelung had reopened in the afternoon.

More than 63,000 households lost power on Sunday, the disaster centre said. But Taiwan's top high-tech firms, a backbone of the economy, reported no major impact from the storm.

Government officials are on extra-high alert after Taiwan's worst typhoon in five decades triggered mudslides that killed about 700 people in August 2009.

That prompted a cabinet reshuffle amid citizen accusations that Taiwan President Ma Ying-jeou had reacted too slowly.

Sunday's storm began to abate in the late afternoon, losing strength as it tracked towards southeast China, including Hong Kong, according to forecasting website Tropical Storm Risk (http://www.tropicalstormrisk.com).

The typhoon is expected to hit China's southeastern province of Fujian later on Monday, state news agency Xinhua said, where more than 186,000 people have been evacuated.

"Fanapi is the strongest typhoon to hit Fujian in 2010 and we should prepare for the worst," it quoted senior provincial official Sun Chunlan as saying.

Taiwan officials were still watching parts of the island for heavy rainfall that could set off mudslides or sever roads.

"The typhoon is getting gradually weaker, but heavy rain from its outer layers could still affect Taiwan's southern regions, and that's something we need to pay attention to," a disaster centre media liaison official said.

Fanapi, initially a category 3 typhoon on a 1-5 scale, is later expected to reach China's Guangdong province as a category 1 or a tropical storm, which is one level below the weakest typhoon.