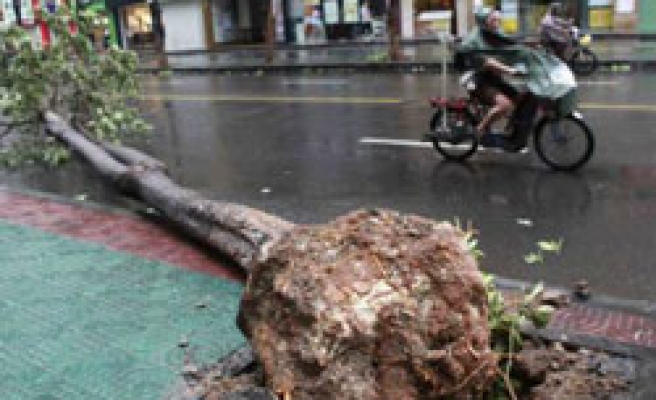 A typhoon packing winds up to 162 kph (100 mph) injured more than 100 people as it crossed Taiwan on Monday and headed toward China, but it caused little of the disruption officials had feared after a deadly storm last year.

The storm dumped up to to 1,125 mm (44 inches) on parts of the island, closing plants operated by USI Corp, TSRC Corp and others in a southern Taiwan petrochemicals industrial park, the disaster centre said.

Some remained closed on Monday.

Shipments from Taiwan's Formosa Petrochemical Corp were disrupted by the closure of a seaport near its 540,000-barrel-per-day Mailiao refinery complex, a company spokesman said.

In August 2009, slow-moving Typhoon Morakot dumped rain for days and set off mudslides that killed about 700 people. That prompted a cabinet reshuffle, as affected residents accused President Ma Ying-jeou of reacting too slowly.

Fanapi, initially a category 3 typhoon on a 1-5 scale, was expected to reach China's Guangdong province late on Monday as a lower-level tropical storm, according to forecasting website Tropical Storm Risk (www.tropicalstormrisk.com).