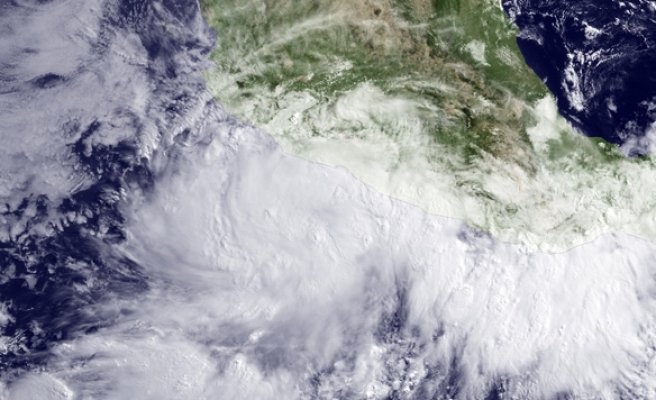 Typhoon Neoguri, a super typhoon as it bore down on Okinawa this week, had winds gusting up to 162 kph (100 mph) on Wednesday, but weather forecasters said the major concern now was rain, especially as parts of the westernmost main island of Kyushu have already been hit by heavy rain over the last week.

Authorities warned of record rainfall in Okinawa as rivers in some areas overflowed. More than 200,000 residents were told to leave their homes, down from over 500,000 on Tuesday.

"Given the situation, there is still potential for some serious damage," an official from the Japanese Meteorological Agency (JMA) told a news conference.

Some 30 people were injured, mainly from falls, but none of the injuries was life-threatening. Television footage showed a collapsed building and flooded streets in Okinawa.

Neoguri was moving north across the East China Sea at 20 kph as of 9 a.m. (0000 GMT), with sustained winds of 126 kph. It was expected to draw near Kyushu on Thursday morning before moving east along the main island of Honshu.

"This typhoon has very active rain clouds and this will continue as it moves east over areas that have already been hit by downpours as part of the rainy seasion," said a JMA official.

"Given how soaked the ground is in some parts of Kyushu already, there is a high danger of landslides and floods, even though the typhoon's strength is diminishing."

There are two nuclear plants on Kyushu and another on nearby Shikoku island.

All of Japan's 48 nuclear reactors are shut down three years after the disaster at the Fukushima Daiichi nuclear plant, which was wrecked by an earthquake and tsunami in March 2011. The stricken plant is on the other side of the country.

Nansei Sekiyu KK, a Japanese refiner wholly owned by Brazil's Petrobras, suspended operations at its 100,000 barrels-per-day Nishihara refinery in Okinawa on Monday evening and still had not resumed them on Wednesday.

Tokyo may see heavy rains on Friday but the impact on the capital is otherwise expected to be minimal, the JMA official said. Around two to four typhoons make landfall in Japan each year but they are unusual in July.