Typhoons shut down most of Taiwan, China on alert

At least one person was killed in a landslide and eight injured in the storm. 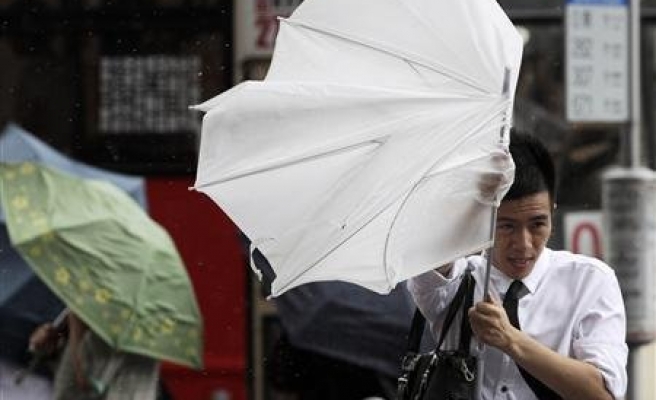 At least one person was killed in a landslide and eight injured in the storm.

While some major companies remained open, Taiwanese authorities ordered other businesses and schools to close. Financial markets were also shut, with normal operations expected to resume on Friday.

Most domestic flights were cancelled, along with some international services. Train services were also stopped as the typhoon made its way up Taiwan's less populated and mountainous east coast.

Taiwan's National Fire Agency said one person had been killed in a landslide in the central region of Chiayi. Eight people were injured, most in falls from motorcycles.

The agency also said a policeman had died of a heart attack.

Three of Taiwan's top technology exporters, chipmakers TSMC and Nanya Tech and LCD panel maker AU Optronics, said none of their facilities were affected and were running as normal.

Saola is currently rated a category 2 typhoon on a scale of five and was expected to weaken to a category 1 within 12 hours as it passed Taiwan and headed for southeast China, meteorologists said.

A separate system, Typhoon Damrey , has not affected Taiwan a nd is expected to pass north of China's financial hub of Shanghai on Friday but will weaken to a tropical storm.

China's meteorological agency issued typhoon warnings on Thursday for the southern and eastern provinces of Fujian and Jiangsu. On Tuesday, China's Premier Wen Jiabao told authorities to be on the highest alert.