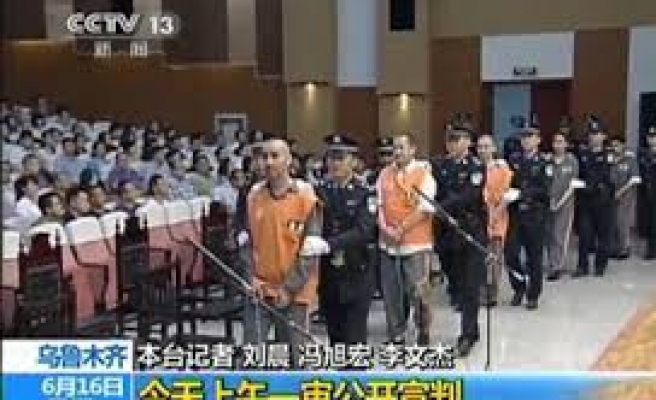 Spokesman for the World Uighur Congress, was quoted by Voice of America on Monday, June 16 that the government is exaggerating the threat of terrorism instead of addressing the real problems of discrimination and religious suppressions against Uighurs in Xinjiang and Dilxat Raxit.

Raxit said that the government's crackdown on Uighurs is “politically motivated”, adding that lawyers, especially Uighur lawyers, are now asked to clarify their political stance and take part in the crackdown against separatists.

Various condemnations have been pouring after 13 Uighur Muslims were sentenced to death on Monday over accusations of involvement in terrorist attacks in Xinjiang and Beijing's Tiananmen Square.

Other than the death sentences, reports say the prominent Uighur academic, Ilhan Tohti, have been “secretly” tried and sentenced to a long jail term.

“Most of what we find out about these [separatism] cases is after the fact. There is relatively little reporting in state media ahead of time or at the time and rarely first-hand accounts by people who were in attendance,” Rosenzweig said

“Most of the cases involving separatist charges that we know about are probably not reported by state media at all, but through unofficial channels.

“I suspect in this case, given his profile, that if and when there is a verdict the state media will have some form of report,” he added.

Dubbing Tohti's secret trial as “very disturbing”, Maya Wang, of Human Rights Watch, said: “He has always been one of the most moderate but vocal voices from Xinjiang.”

“The charge of separatism is a far cry from what he is actually advocating, but in the context of Xinjiang, there has been a history of the Chinese government conflating peaceful advocacy for Uighur rights with charges of separatism and even terrorism,” Wang added.

Chinese authorities have convicted about 200 people, mostly Uighurs, over the riots and sentenced 26 of them to death.