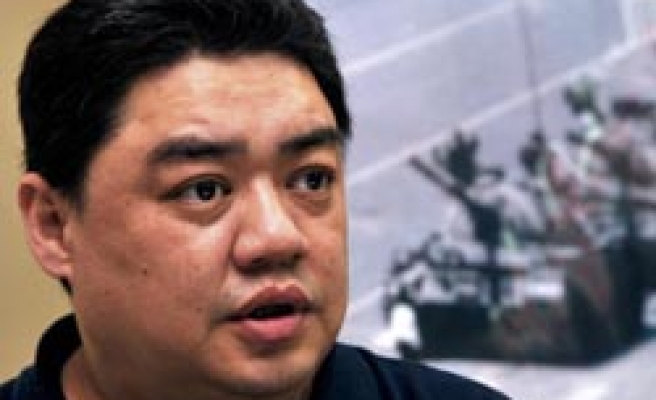 Wu'er Kaixi, a leading figure in China's 1989 pro-democracy movement, said on Thursday he would step up efforts to re-enter China after two failed attempts, saying he would risk arrest to visit his parents.

Wu'er Kaixi, who is an ethnic Uighur from the far western region of East Turkistan, said his parents had not been allowed to leave China and that he had not seen them in 21 years.

"I want to see my parents even if it has to be a prison visit," he said.

He said he was barred from boarding a flight from Japan to China last month and detained in Macau last year en route to the mainland. He expects to be arrested and deported if he makes it back in the future but is prepared to serve a prison sentence.

"I will keep trying. There will be more actions to come," Wu'er Kaixi, 42, told a news conference in Taipei, without giving specifics. "There will be elevated actions."

Public discussion of the events surrounding 1989 remain taboo in China and are banned from mention in state-run media, but if Wu'er Kaixi re-entered China, the Tiananmen movement would get international attention and irritate Beijing.

China has quietly allowed back some of the activists who fled the country following the Tiananmen incident, but mostly they remain on government black lists and are barred from returning.

As a 21 year-old hunger striker with an ominously strong voice, Wu'er Kaixi rebuked then-Premier Li Peng on national television at the height of the protests.

He later fled to France and then studied at Harvard University. He works now at an investment firm in Taiwan.