The Germany-based World Uyghur Congress said it would hold protests, together with other Uighur rights groups, outside Chinese foreign missions in 14 countries on Thursday. 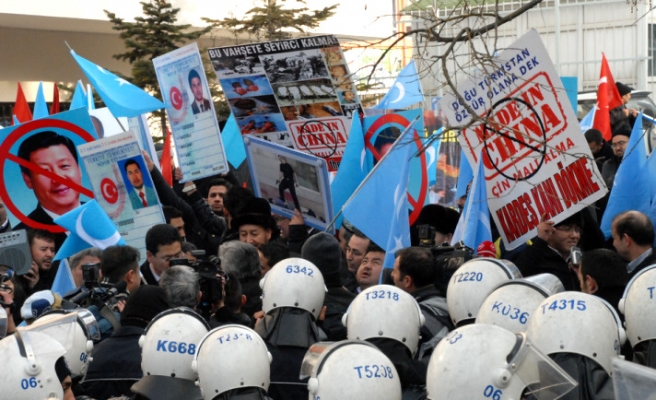 China has detained and intimidated dozens of ethnic Uighurs in the far western region for speaking out on rights abuses following riots in the regional capital three years ago, Amnesty International said.

In July 2009, the capital city of Urumqi was rocked by violence between majority Han Chinese and minority Uighurs that killed nearly 200 people.

Since then, China has executed nine people it accused of instigating the riots, detained and prosecuted hundreds and ramped up spending on security, according to state media and overseas rights groups.

Amnesty, in a report issued late on Wednesday, said it had new testimony that Beijing continues to "intimidate" families seeking information on missing relatives who have revealed human rights abuses during and after the July 2009 protests.

Catherine Baber, Amnesty's director for the Asia-Pacific, said "the general trend toward repression that we see all over China is particularly pronounced" in Xinjiang where Uighurs call East Turkestan.

"Chinese authorities must reveal the whereabouts of those individuals subject to enforced disappearance, and end the persecution of their family members seeking answers," Baber said.

The London-based rights watchdog said dozens of Uighur families have come out publicly with stories of family members disappeared since July 2009, though all fear retribution.

The group cited Patigul Eli, the mother of one of the Uighurs who have disappeared after the riots, as saying she had met at least 30 other families in front of police and government buildings in Urumqi trying to get information from the authorities about missing relatives.

The Germany-based World Uyghur Congress said it would hold protests, together with other Uighur rights groups, outside Chinese foreign missions in 14 countries on Thursday.

East Turkistan has 8 million Uighurs and historical records show that the Uyghurs have a history of more than 4000 years.