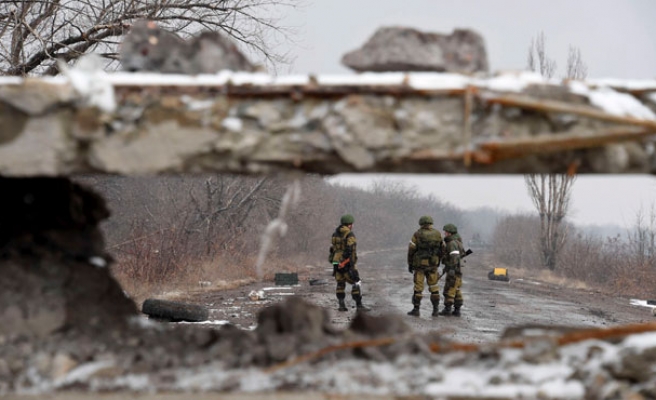 Ukraine's military said on Monday it could not start withdrawing heavy weapons from the frontline in the east as pro-Russian separatists had not stopped attacking government positions despite a ceasefire deal.

Over the weekend, rebels and the Ukrainian military said they had reached an agreement to begin the process of withdrawing weapons, as required by the ceasefire deal that came into effect on Feb. 15.

"Given that the positions of Ukrainian servicemen continue to be shelled, there can not yet be any talk of pulling back weapons," spokesman Vladislav Seleznyov said in a televised briefing.