Ukraine will establish a new Crimean military unit made up primarily of Muslims to monitor transportation of goods between Ukraine and the peninsula. 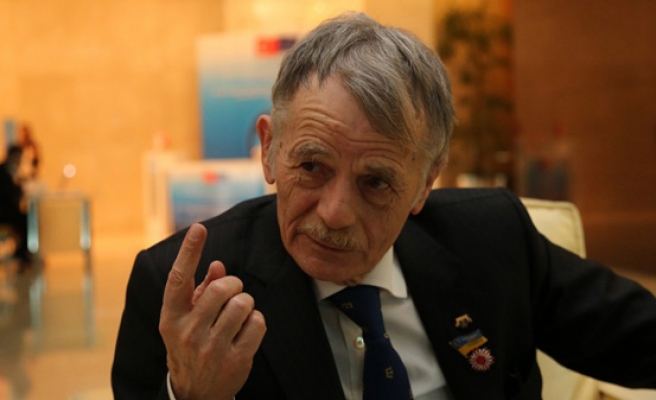 Ukraine has stepped up to establish a troop of Muslims, leader of Crimean Tatars, Mustafa Abdülcemil Kırımoğlu, said on Aug. 3. according to a report in the IB Times.

The troops will be deployed in the Kherson region on the Crimean border and would monitor transportation of goods and people between Ukraine and the peninsula, he said speaking at a congress.

An autonomous Crimean Tatar Republic will be formed, Kırımoğlu said, calling on the Crimean people to take an active role in Ukrainian politics. He expressed expectation from the diaspora on this bid.

The Muslim battalion is part of growing relations between Crimean Tatars and Ukrainians and will report to the Ukrainian Defense Ministry, said Kırımoğlu. Crimean Tatars are an ethnically Turkic and religiously Islam minority group that has faced decades of religious and political persecution under Russian rule.

Ukraine has halted train services to Crimea after Russia’s annexation of the peninsula, instead directing services to Novooleksiyvka and Kherson. Turkish Airlines also added an additional flight to Kherson after the annexation.