Ukrainian army not ready to pull back heavy weapons 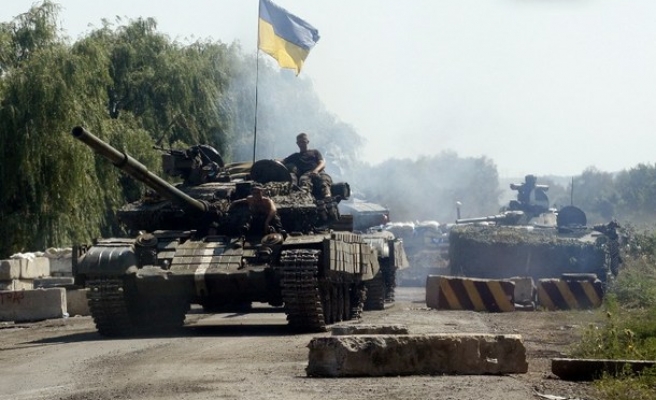 Ukrainian armed forces are not ready to withdraw heavy weapons, as agreed at the Minsk four-power peace talks, because separatists are violating the ceasefire, a Kiev military spokesman said on Monday.

The Minsk agreement provided for the Ukrainian military and Russian-backed separatists to begin pulling back artillery and other large-calibre weapons systems 48 hours after the ceasefire came into force.

But military spokesman Andriy Lysenko said rebels had continued to attack government positions and five Ukrainian soldiers had been killed and 25 wounded since the ceasefire came into force at midnight on Saturday.

"The pre-condition for withdrawal of heavy weapons is fulfilling point one of the Minsk agreements - the ceasefire. One hundred and twelve attacks are not an indicator of a ceasefire. At the moment we are not ready to withdraw heavy weapons," Lysenko told a briefing.