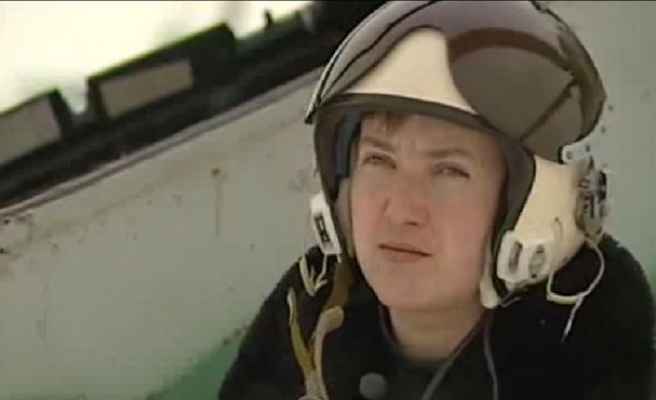 A Ukrainian female army pilot may die in detention in Russia where she is on hunger-strike, her lawyer said on Monday, calling on President Vladimir Putin to release her.

Nadezhda Savchenko was captured by pro-Russian rebels while fighting in a volunteer battalion in east Ukraine last June. Kiev says the rebels spirited her into Russia where she was arrested and accused of killing two Russian journalists.

"I appeal to you ... for law and justice," defence lawyer Mark Feigin wrote in an open letter to Putin published on the website of Ekho Moskvy radio, often critical of the Kremlin.

"As I write to you, the time she has refused food is nearing 45 days. This is long, very long. It is scary that during my last direct meeting with her in jail I clearly heard about her desire to die."

"There is no time, there is catastrophically little time," said Feigin, who was a defence lawyer in the trial of protest rock group Pussy Riot in 2012.

Feigin said in his letter that Savchenko had already been held by pro-Russian rebels for about an hour when the shelling took place.

The Investigative Committee has ordered Savchenko undergo tests in a psychiatric clinic where she has been held for some time. Earlier this month, the United States called for her release, describing Savchenko as a hostage.

Savchenko, the first woman military pilot in Ukraine, is considered a national hero there and was elected to parliament in absentia in October.