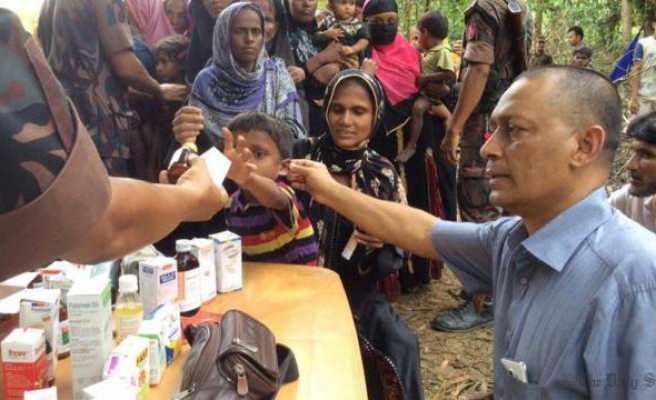 Around 607,000 Rohingya Muslims have crossed from Myanmar to Bangladesh since Aug. 25, the UN said Tuesday.

"Although the number of new arrivals is now slowing, people continue to arrive in the makeshift settlements of Cox’s Bazar every day, bringing the total Rohingya population of the district to over 820,000," Joel Millman, spokesman for the UN’s International Agency for Migration (IOM) told a news conference at the UN in Geneva on Tuesday.

"The settlements are dangerously congested and overcrowded and the pressure on sources of clean drinking water and basic sanitation are enormous. Having walked for days without water and food, the refugees arrive to the settlements exhausted and thirsty. Many are ill," Millman said.

The UN has documented mass gang rapes, killings – including those of infants and young children -- brutal beatings, and disappearances committed by security personnel.