UN asked member states for $2 billion to help Pakistan recover from massive floods that have displaced millions of people. 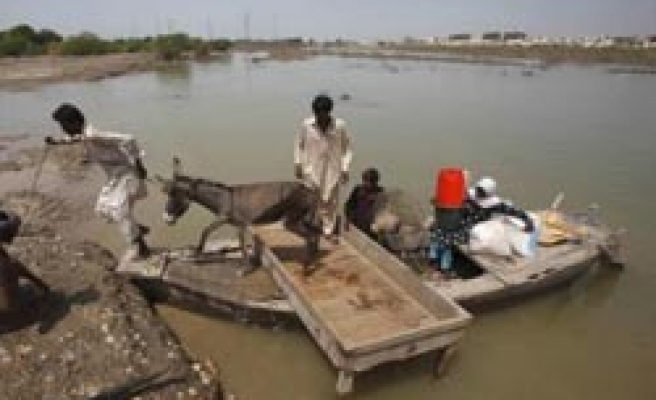 The United Nations asked member states on Friday for $2 billion to help Pakistan recover from massive floods that have displaced millions of people, the largest natural disaster appeal in U.N. history.

The appeal folds in an Aug. 11 call for $460 million. The money is intended to cover the needs of up to 14 million people for the next 12 months, the U.N. Office for the Coordination of Humanitarian Affairs (OCHA) said in a statement.

"We must also do our part," U.N. humanitarian chief Valerie Amos said. "We simply cannot stand by and watch the immense suffering in a disaster of this scale."

She told reporters that 80 percent of the $460 million in emergency aid requested by the United Nations for Pakistan last month had been received.

Previously the largest U.N. disaster aid appeal was $1.5 billion for Haiti after a massive earthquake hit the Caribbean state in January.

The floods in Pakistan began more than a month ago and swept through the country, leaving an area almost the size of England under water. OCHA said the floods have affected more than 20 million people, damaged or destroyed nearly 1.9 million homes and killed 1,700 people.

OCHA said Pakistan's development prospects may be disrupted for years.

"The damage to the economic infrastructure and livelihoods is immense," the statement said. "Irrigation, drainage and storage facilities are badly affected."

Farmers who lost their crops and who are not able to plant their fields by November will likely remain dependent on aid until well into 2012, while hundreds of thousands more people lost their shops or other small businesses, it added.

"We are seeing the equivalent of a new disaster every few days in Pakistan," Amos said. "Yesterday, new breaches of the embankments of Manchar Lake in Sindh flooded more villages. Millions of people have lost everything."

Although the water is beginning to recede, large areas remain submerged and some villages in the southern province of Sindh are facing floods as the Indus River, swollen by heavy monsoon rains, flows south to the Arabian Sea.