UN body calls for Malaysia's Anwar to be freed 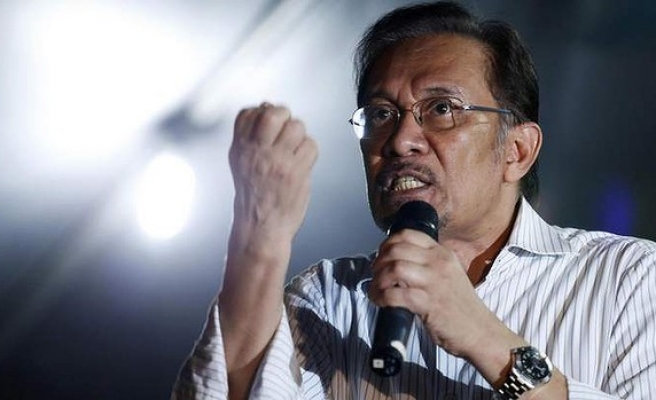 A UN body has determined that former Malaysian opposition leader Anwar Ibrahim has been jailed in violation of international law and called for his immediate release, according to a copy of the opinion released Monday by his family.

Anwar, 68, was jailed in February for five years after being convicted for sodomising a male aide. He denies the charge, calling it a frame-up by Malaysia's long-ruling government to cripple a resurgent opposition.

The UN Working Group on Arbitrary Detention concluded that Anwar was denied a fair trial and that the charges were pursued for political reasons, according to the document released by the family.

"The Working Group considers that the adequate remedy would be to release Mr Ibrahim immediately, and ensure that his political rights that were removed based on his arbitrary detention be reinstated," said the opinion dated September 15.

The group said it would refer its findings to the "Special Rapporteur on torture and other cruel, inhuman or degrading treatment or punishment for appropriate action."

Anwar's lawyer Sivarasa Rasiah said he does not expect Anwar to be freed despite the pressure from the UN.

"Realistically, I don't think the Malaysian government will release him. But it must regard this statement as a strong condemnation from the UN itself for keeping Anwar in jail," he said.

"Based on the UN findings it is illegal to have Anwar in prison."

Anwar's family has complained that he is being held in a filthy cell with only a thin foam mattress despite chronic back trouble, and has been denied adequate medical care for a host of ailments include erratic blood pressure and a shoulder problem.

"Anwar is in terrible pain. He is physically weak, especially his shoulders and is on pain killers," his wife and opposition leader Wan Azizah Wan Ismail, 62, told AFP, adding that the UN's call was "reassuring."

"He looks miserable and his prison conditions are harsh. There are cockroaches in his cell and Anwar has been bitten by this pest," she said, speaking outside parliament.

Earlier his daughter and member of parliament, Nurul Izzah Anwar, urged the government to comply with the UN recommendation.

"Its strong stance in solidarity with my father sends a clear and unequivocal message to Prime Minister Najib Razak, and ensures that the sharp decline in human rights under his administration will not go unnoticed," she said.

A government spokesman said they would not comment at this stage.

The UN working group is a five-member body currently made up of experts from Australia, Benin, Mexico, South Korea and Ukraine.

The case is the second disputed conviction for Anwar, a former deputy prime minister who was ousted from the ruling party in a late 1990s power struggle and jailed on sodomy and corruption charges widely viewed as politically motivated.

After his release in 2004, he helped unite Malaysia's previously divided opposition into a formidable alliance.

The latest conviction has been criticised by the United States, which said it raised questions over rule of law in Malaysia, as well as other nations and international human rights groups.