Sri Lanka is now setting up a South Africa-style truth and reconciliation commission to look into atrocities committed by government forces and Tamil Tiger rebels. 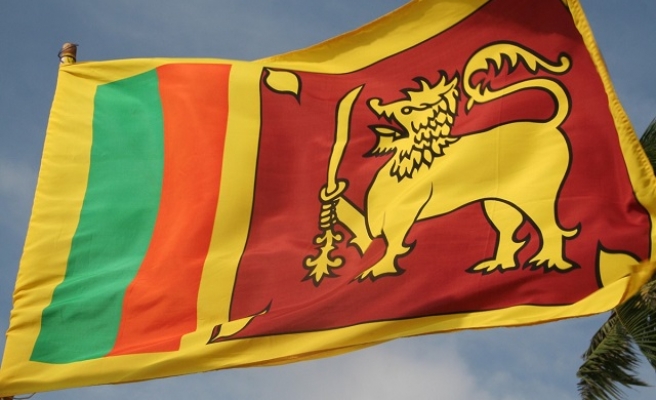 Sri Lankan government forces and Tamil Tiger rebels "most likely" committed war crimes including mass killings of civilians during their long conflict that should be prosecuted by a special court with international judges, the United Nations said on Wednesday.

Despite pledges by the new government of President Maithripala Sirisena to pursue accountability domestically, the criminal justice system is not up to the huge task alone, said the report by the U.N. human rights office.

It called on Colombo to remove from office military and security force personnel and any other officials "where there are reasonable grounds to believe that they were involved in human rights violations" in the 26-year war that ended in 2009.

"This report is being presented in a new political context in Sri Lanka, which offers ground for hope," U.N. High Commissioner for Human Rights Zeid Ra'ad Al-Hussein said in a statement. "It is crucial that this historic opportunity for truly fundamental change is not allowed to slip."

Sri Lanka's government said on Monday it was setting up a South Africa-style truth and reconciliation commission to look into atrocities, as it came under fresh pressure to prosecute perpetrators, but gave scant details.

The U.N. report, delayed from March to give the new government time to address concerns, found "patterns of grave violations" between 2002 and 2011.

It said Sri Lanka should set up a "hybrid special court integrating international judges, prosecutors, lawyers and investigators" to try war crimes and crimes against humanity allegedly committed by both sides.

Broader measures were required on the Indian Ocean island, including reparations to victims and "fundamental reforms of the security sector and justice system".

"Ending the impunity enjoyed by the security forces and associated paramilitary groups, as well as holding to account surviving members of the LTTE (Liberation Tigers of Tamil Eelam), will require political will and concerted efforts," the two-part report of nearly 300 pages said.

Government security forces are implicated in "unlawful killings carried out in a widespread manner against civilians" including ethnic minority Tamil politicians, aid workers and journalists, it said. They allegedly executed LTTE cadres on May 18, 2009, "some of whom were known to have surrendered".

The report said the security forces used brutal torture, including rape, especially when former LTTE members and civilians were detained after fighting ended.

"Not a single perpetrator of sexual violence related to the armed conflict is so far known to have been convicted."

Many attacks in the war's last phase - when Sri Lanka's army surrounded the LTTE in a 300-square-km (115-square-mile) slice of jungle in the northeast where 250,000 people were trapped - appear to have violated international law, especially "repeated shelling by government forces of hospitals and humanitarian facilities in the densely populated 'No Fire Zones'", the report said. These government-declared NFZ zones were within LTTE-held areas.

"Witnesses gave harrowing descriptions of the carnage, bloodshed and psychological trauma of bombardments in which entire families were killed," it said. "The LTTE caused further distress by forcing adults and children to join their ranks and fight on the front lines."

The LTTE assassinated public officials and dissenting Tamil political figures, and killed civilians in suicide bombings and mine attacks, the report said, addding that they had used child soldiers extensively - a war crime.

According to a U.N. panel report in 2011, up to 40,000 Tamils were killed in a final offensive ordered by then-president Mahinda Rajapaksa, who crushed the insurgency.

The latest report said it was "likely tens of thousands lost their lives" in the final stages.

"The levels of mistrust in state authorities and institutions by broad segments of Sri Lankan society should not be underestimated," said Zeid.

The U.N. investigation, set up in March 2014, said that there was a "systemic weakness in addressing these crimes especially when the military or security forces are involved".